Skip to content
PHILADELPHIA (WPVI) — It’s good news for Buddy the cat more than two months after being attacked by two dogs in Philadelphia.

The Pennsylvania SPCA says Buddy has officially been adopted by his foster parents Dr. Katie Venanzi and her husband David.

The PSPCA posted this update to its Facebook page on Thursday:

“When Buddy left for foster care to continue his road to recovery, we were all hopeful that he’d already found what would become his ‘furever’ home. As the days and weeks passed, Katie & Dave fell more and more in love with Buddy and his spunky personality (who could blame them?). And, to top it off, Buddy and his feline foster sibling, Teddy, were fast friends.”

Video showed two people walking by a home on Granite Street in Frankford on March 22 when they apparently allowed two dogs to attack Buddy.

One person in the video could be heard encouraging the dogs, saying “good boy,” as the vicious attack continued.

Days after the incident, a 17-year-old and 12-year-old surrendered to face charges.

The dogs involved were taken into the custody of the Pennsylvania SPCA.

Last month, Buddy found his foster home with Katie and David. And it is now, as the PSPCA said, his ‘furever’ home.

“Buddy has touched so many lives. He has been cheered on from all corners of the globe, and he gave us all something we desperately needed – hope.

Buddy is a symbol of everything we do here at the Pennsylvania SPCA. Our Humane Law Enforcement team rescues animals every day from cruelty & neglect. Our medical team works miracles to breathe life back into the most critical patients. And, our foster and adoption teams find our animals the very best homes.

All of this is only possible because you cared enough to support us. We receive no city, state or federal funding for our law enforcement work.

Buddy’s journey with us has come to an end. But the funds raised in his honor will save the next victims of cruelty and neglect.”

Fort Worth cyclists rescue dog stuck on a bridge 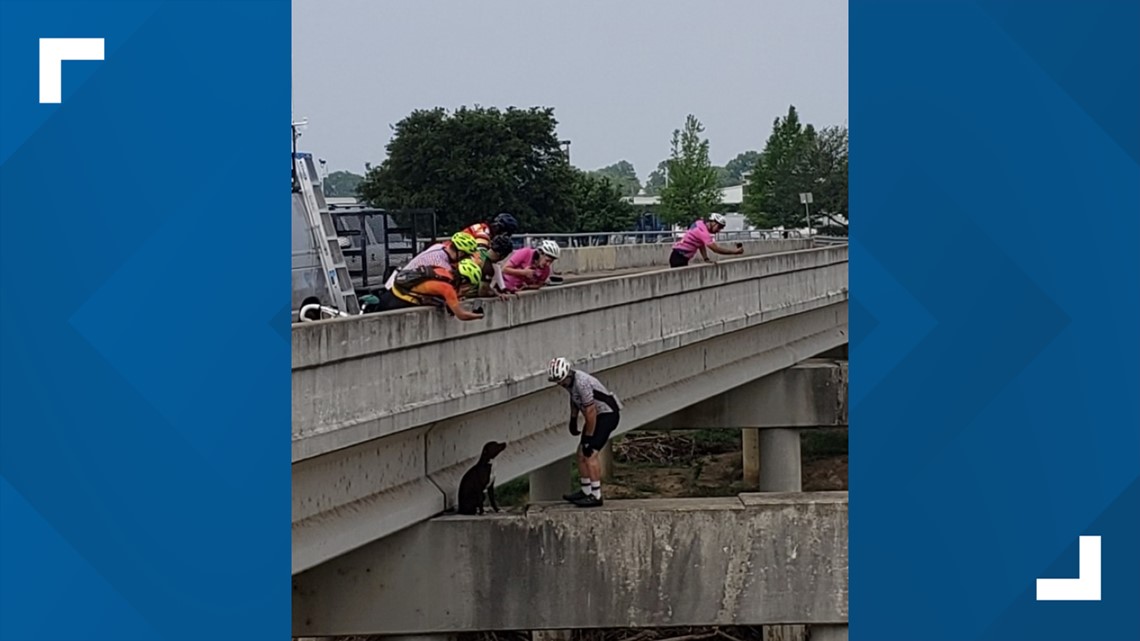