On Saturday night, Emma Rose McCadden and her husband arrived at the Burlington restaurant A Single Pebble to celebrate their second wedding anniversary.

McCadden’s husband had made a reservation for the couple. Their party also included another member: Jasper, a 1½-year-old poodle who is McCadden’s service dog.

Before the end of the night, Jasper’s presence at the Bank Street Chinese restaurant had sparked a tense confrontation, one captured in a viral video that plunged both McCadden and the restaurant into a storm of online controversy.

“There’s two pieces of it,” McCadden said in an interview. “There’s what happened. And then there’s the way that the internet made this into a crazy thing overnight, before I had any control over stopping it.”

For years, McCadden, a Ph.D. student in autism research and instructor at the University of Vermont, has suffered from heart problems. When her heart rate “gets off,” she said, it can cause her to lose consciousness.

Jasper is trained to detect changes in McCadden’s body’s scent that precede an episode, and to intervene by nudging or jumping on her. That can signal McCadden to try to calm her heart rate.

“If I sit down and get low and calm down, it can prevent it from happening,” McCadden said. If she does pass out, Jasper is trained to wake her up or seek help. Until she got Jasper, she said, she had episodes several times a week; now, she sometimes goes entire weeks without one.

McCadden had taken Jasper to eat at A Single Pebble before, but only on the patio, she said. On Saturday, the couple tried to bring him inside.

But the restaurant’s owner and chef, Chiuho Sampson, told her she could not bring the dog inside while they ate.

McCadden caught the encounter on her phone’s camera. In the video, which she has since taken down, Sampson apologizes but says she is “not budging on this.”

“I’m really sorry,” says Sampson, masked with her arms clasped in front of her. She explains that the restaurant had an experience in which a patron brought a dog that attacked a neighboring table.

“I run into a lot of issues with those,” Sampson says. “People say they’re a service dog, but they’re actually not.”

But McCadden responded that turning someone away because of a service animal is not legal. Under the Americans with Disabilities Act, she says, that constitutes discrimination against people with disabilities.

“You serve the public, and when you serve the public, you agree to be a business that accommodates for (the Americans with Disabilities Act),” McCadden says in the video. “In the same way that you couldn’t discriminate against somebody because they have a wheelchair, or a different color of skin, you can’t discriminate against somebody who has a disability and needs a service dog.”

Bor Yang, the executive director of the Vermont Human Rights Commission, said she could not comment on the specifics of the incident. But in general, she said, service dogs must be allowed into most places of “public accommodations.”

That night, McCadden returned home without eating at the restaurant. The next day, Sunday, she posted the video of the encounter with Sampson on the social media platform TikTok.

The post immediately touched a nerve. Within the span of two hours, it had garnered about 30,000 views, McCadden said; by Monday, it had reached a million — and sparked a storm of anger at the restaurant.

A Single Pebble has been a fixture of Burlington’s dining scene for more than two decades.

The restaurant, which is frequently ranked among the best in the state, offers upscale Chinese fare inspired by Sampson’s childhood in Taipei.

A former photojournalist, Sampson has worked at the Bank Street restaurant since 2003, and has run the business singlehandedly since 2017, according to Seven Days.

“Like Chef/Owner Chiuho Sampson’s personal journey from Taipei to Burlington to ultimately rediscover her childhood cuisine, dining at A Single Pebble gives guests the feeling of coming home,” the restaurant’s website reads. “Meals are served family style, which gathers us together to share not just food, but stories, recreating the spirit of Chinese dining.”

Sampson declined an interview with VTDigger about Saturday’s incident. In an apology posted to the restaurant’s Facebook page Tuesday afternoon, Sampson wrote, “I made a mistake and I take full responsibility.”

“I am committed to educating myself and my team going forward so that this regrettable situation never happens here again,” she said, noting that she had reached out to McCadden privately.

But the online furor was already raging. Angry internet users descended on A Single Pebble’s social media pages, leaving one-star reviews on Google and posting comments on its Facebook page.

“It sucks that you openly discriminate against guests with disabilities,” one Facebook user wrote on the restaurant’s Facebook page.

“Do not support this restaurant,” another wrote in a one-star Google review. “They illegally tell disabled folks that they are not allowed to have service animals in the restaurant with them.”

As of Tuesday, the restaurant review website Yelp had locked A Single Pebble’s page, barring users from posting new reviews.

“This business recently received increased public attention, which often means people come to this page to post their views on the news rather than actual consumer experiences with the business,” a Yelp message on the page said. “We’ve temporarily disabled the posting of content to this page as we work to investigate the content you see here reflects actual consumer experiences rather than the recent events.”

McCadden also found herself on the receiving end of some of the anger. People unearthed her full name and personal information, she said, and she started to receive angry messages. On Reddit, some users accused her of posting the video for attention and lying about Jasper’s status as a service dog.

“Ok let’s ruin a local POC owned business to score some Internet points instead of handling this like an adult,” one Reddit user wrote sarcastically.

“Who would ever want to open a restaurant or any business in Burlington?” another wrote. “Jesus Christ, you have to be absolutely perfect in every way or else the public virtually throws rotten vegetables at you. This is so exhausting and pathetic.”

McCadden had neither expected nor wanted the response that erupted, she said, emphasizing that the restaurant was one of her favorite places to eat.

On Monday, she removed the video of her encounter with Sampson and uploaded another in which she asked viewers not to “review bomb” the restaurant. She also called Google tech support, seeking to stem the flood of negative reviews about A Single Pebble.

She also plans to post more videos just for friends and family to see instead of making them public.

“Social media is a very fast-paced and very lawless place,” she said.

Want to stay on top of the latest business news? Sign up here to get a weekly email on all of VTDigger’s reporting on local companies and economic trends. And check out our new Business section here.

Pet nutrition: 5 healthy and tasty fruits for your pets

Thu Jul 14 , 2022
Fruits are full of fibre and antioxidants and as healthy for your furry babies as for you. However, care must be taken to choose the correct fruit for your dog or cat as a few can be toxic for them and cause adverse reaction. Experts say it is best to […] 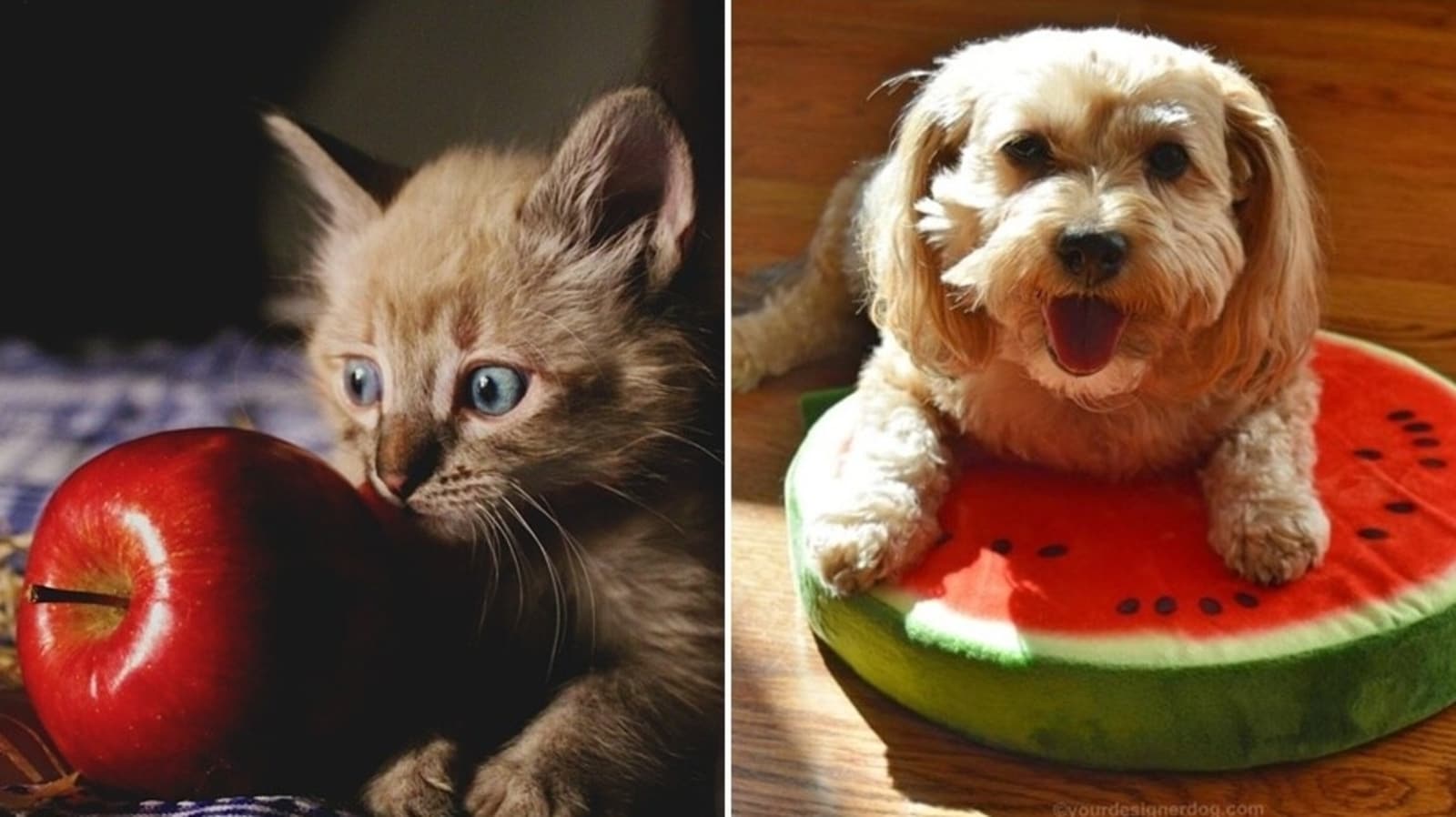