The self-professed white supremacist accused of fatally shooting 10 black people at a Buffalo supermarket on Saturday once stabbed and beheaded a feral cat, according to a grisly online journal entry.

Payton Gendron, 18, detailed the vicious animal attack in a March 25 entry posted on the Discord app, and justified the sick act by saying the stray feline had been attacking his family cat Paige.

Gendron wrote that he repeatedly stabbed the grey tabby cat and bashed its head before grabbing a hatchet and hacking the animal’s head off.

“When I came home at ~10:30 I was eating pizza bites when I hard my cat Paige scream from the garage,” Gendron wrote.

“I quickly enter and the gray cat was attacking her. I then spent the next hour and a half chasing the cat around the garage and stabbing it with my knife (the camo one).”

The radicalized teen took meticulous notes of the killing, recording the time at which blood spilled from the feline’s mouth, what knife he used to stab it and how many times he slashed its neck until its head was detached.

He also posted disturbing photos of the cat’s decapitated body and his own face sprayed with splatters of blood.

“It bled from the mouth at about 11:00 and at about 11:45 I was able to grab the cats tail and wind up and smack the cats head on the concrete ground,” he wrote. “I did that a few times and when it went limp I grabber [sic] a hatchet and swung at its neck ~20 times until it came off.”

Gendron wrote that he felt no empathy or emotions after murdering the stray.

“Honestly right now I don’t feel anything about killing that cat,” he said. “I thought I would be in pain but I literally just feel blank.”

He said he told his mother about killing the cat and she handed him a box to bury its body in the backyard.

“Just took a shower and now I’m here I barely even dug the grave it is so shallow,” Gendron wrote. “Well my cat Paige is safe now from that evil feral cat, may you find bliss from consciousness less [sic].”

About a month before he detailed the time he killed the feral tabby cat, Gendron opened up in a separate journal entry about how his cat Paige has spent more time with him than any person in his life over the past few years.

“My cat Paige has hung out with me more than anyone else in the last few years, I hope when I’m gone my family can take care of her properly,” he wrote in a Feb. 27 entry.

The cryptic message is typical of the often suicidal thoughts the accused mass shooter shared in his online diary.

Gendron’s online diary includes thousands of daily entries in which he detailed his plans to shoot and kill black people for months ahead of Saturday’s massacre at a Tops Friendly Market in Buffalo.

In his entries, he often expressed doubt and fear over his plans for the mass shooting and how his only options were to either go through with it, or commit suicide.

Gendron, who surrendered after Saturday’s bloodshed, is facing one count of murder in Erie County and could see upgraded hate crime and domestic extremism charges soon after the case is presented to a grand jury.

Woman on life support after dog head-butts her while playing

Wed May 18 , 2022
A Chicago woman has had a ruff ordeal — ending up on life support for a week after her pet pooch hit her while playing. Erin Stevenson, 41, was out in the yard with her Staffordshire bull terrier, Skyy, back in January when the overexcited canine accidentally head-butted her on […] 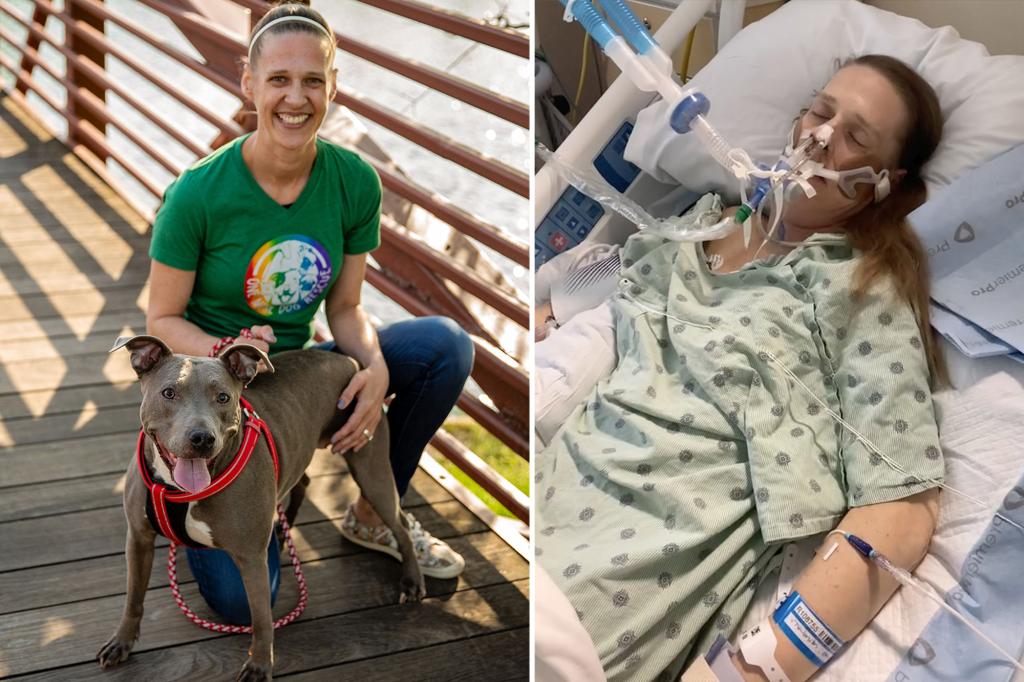