The University of Texas community is mourning the loss of Domino, a tuxedo cat who lived on campus for more than a decade and was beloved by the UT community.

The 13-year-old cat spent the vast majority of his time living outside the Peter T. Flawn Academic Center at UT, where he provided comfort to many students, staff and faculty members. He died Tuesday, shortly after he was diagnosed with feline immunodeficiency virus, an upper respiratory infection and a potentially cancerous mass in his throat.

Dozens of UT students gathered at a short memorial service Wednesday evening at the lawn where Domino lived to honor the cat’s legacy and say their goodbyes. The UT Tower carillon played songs such as “Amazing Grace” and “The Lion Sleeps Tonight” during the memorial, with multiple students crying or holding back tears as they mourned his loss.

A small shrine dedicated to Domino, who was affectionately known as the “King of Campus,” grew larger and larger outside the academic center throughout the day after his death. Several UT community members left bouquets of flowers, cat food and heartfelt notes on the outside of one of Domino’s small houses.

Patrick Parker, a member of the Domino Council, said during the memorial service that Domino “went out with the dignity of a king,” adding that there will always be a piece of Domino in the hearts of the UT community members who knew him. The Domino Council is an unofficial group of people who took responsibility for Domino by feeding and taking care of him every day until his death.

“Domino’s long life is a testament to all the people that cared for him all these years,” Parker said. “He lived so much longer than it’s expected for any outdoor cat to live. And it’s really a testament to the empathy of those people and everyone that loves him so much. I think that’s why I’ve been crying constantly for the last few days, because he represents so much more.”

Domino was one of the multiple cats living on UT’s campus, and he had been at the university since about 2009, according to a post by Parker on Medium, an online publishing platform. The Domino Council fed him tuna and salmon every night, leaving him to live a life as “truly one of the most spoiled stray cats in human history,” Parker wrote.

Christina Huizar, a UT graduate and staff member who took care of the cat with Parker, said she has been a member of the Domino Council since 2016 and fed Domino regularly for about three years. Out of the 40 to 50 stray cats on campus, she said, Domino was special, serving as a good luck charm for students and as a great ambassador for stray cats.

Domino “has such a big personality,” Huizar said. “He had very definite ideas about what he did and didn’t like. Sometimes, he would come crawling on your lap and be the absolute sweetest kitten. Other times when you would show up, he would sniff the food you brought him, look at you like, ‘Is that it?’ and walk away.”

“He always lived life on his own terms … and we loved him,” Huizar said.

‘There is only one Domino’

While UT’s campus is home to many cherished animals, Domino captured near-universal love from the student body over his time on campus. He slowly emerged as a surrogate pet and unofficial mascot, largely due to his friendly nature and prominent location near the UT Tower.

“There have been a bunch of Bevos and white squirrels, but there is only one Domino,” Parker wrote.

Hundreds of people have shared their memories and photos of Domino on social media since his death, with many people expressing how thankful they were for his presence and the joy that he brought them on tough days — from final exams to mental health struggles.

“Domino, the most well known and beloved of UT Austin’s campus cats, was a welcoming friend on our campus for many years,” UT spokesperson Eliska Padilla said in a statement. “We will remember him fondly, and thank the community who cares for these cats for all the love and care given to him these past months.”

Connor Leu, a UT freshman, said he’d regularly go out of his way to walk near the Flawn Academic Center to see Domino, who would sometimes lie on his lap and help him unwind after a long day of classes. He said Domino always brightened his day and never failed to put a smile on other people’s faces as well.

Leu authored a Change.org petition weeks before Domino’s death asking for a statue of the cat outside the building where he spent his life. The petition has nearly 4,000 signatures as of publication time and many comments from UT community members expressing their support.

“Domino’s impact in my time on campus is indescribable,” Leu told the American-Statesman. “I have a cat at home that I don’t get to see for months at a time, and seeing Domino always reminded me of my cat. At the same time, Domino’s uniqueness made him stand out to the UT population. … He was a friendly face to everybody passing by his lawn in front of the FAC.” 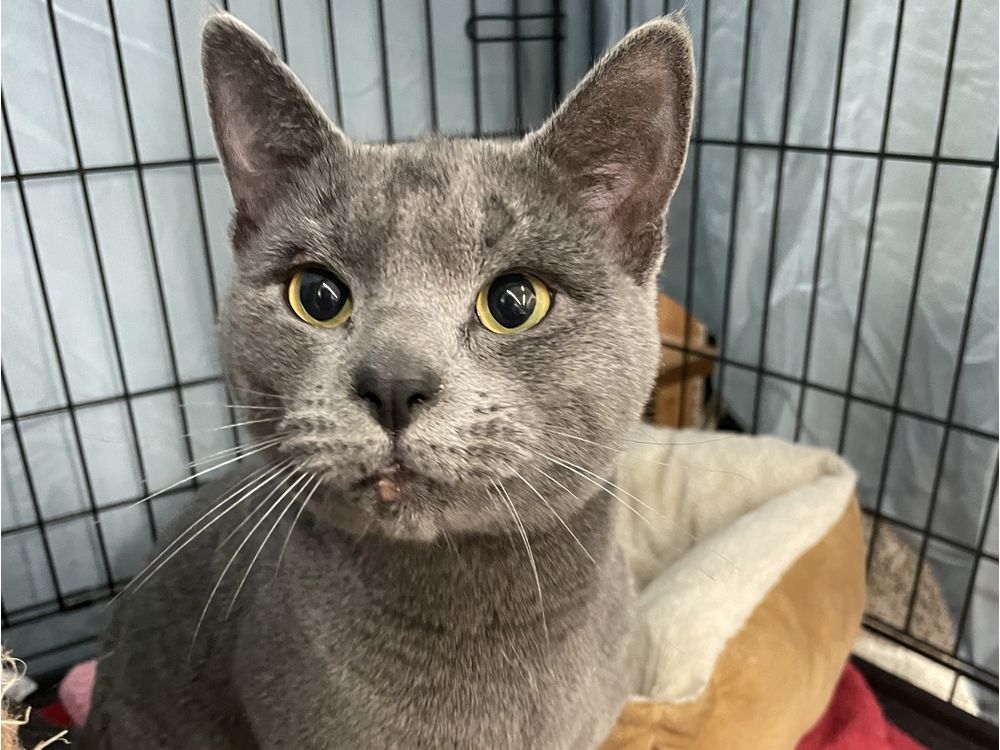