Kittens have overrun the Berkeley Animal Care Services — 27 of them, to be exact — and it’s become a huge problem for a small public shelter.

“We are completely swamped with kittens,” said Amelia Funghi, the shelter’s animal services manager. In her 19 years working there, she hasn’t seen anything quite like it. Lately, it’s become so crowded that they’ve had to put kittens and cats in rooms meant for dogs.

Berkeley Animal Care Services is looking for more volunteers! Those interested should fill out an application form and sign up for an orientation.

This year, two kittens and two young adult cats at the shelter have died from panleukopenia, a contagious disease that spreads orally and fecally. Vaccines are effective against it, so it’s considered an uncommon and preventable disease, and cases are rare in Berkeley. Batavia said she hadn’t seen cases of panleukopenia in the shelter for at least two years. “Then this year, we’ve had four young adult cats and then four kittens that have it.”

Although volunteers and staff are doing their best to give these attention-loving kittens the cuddles and ear scratches they deserve, most are only getting between 10 to 20 minutes of playtime daily.

Being stretched thin also means staff cannot spend much one-on-one time with the cats, getting to know their personalities and idiosyncrasies. In turn, they could very well miss the small changes in behavior that might indicate illness, said Batavia.

The shelter hasn’t been able to keep up with the demand for spays and neuters due to a lack of staffing. Under normal circumstances, those who want to adopt a cat would be able to schedule an appointment to spay or neuter their cat within several days. Now, there’s a backlog of nearly two weeks.

“The faster we can get healthy animals spayed and neutered, the quicker we get them out of the shelter, and then they’re not exposed to sick animals,” Batavia said. “The shelter, it’s kind of like a kid’s daycare, where everyone’s got a snotty nose, and they’re all touching each other’s food. So it’s really easy for disease to spread in a shelter.”

They’ve found a temporary workaround: Since the shelter cannot legally allow people to adopt unfixed cats, they’ve been letting future owners sign up as fosterers and take the cats home until they’re able to secure an appointment and officially adopt them, according to foster coordinator Kris Swanson.

“Normally, that’s not something we would be doing,” Swanson said. “We just don’t even have the capacity to do all the spays and neuters needed. We just can’t hold them all while we’re waiting for them to get surgery.”

Still, it’s a bandage solution for a nationwide veterinary shortage. The shelter’s usual veterinarian has been on medical leave for the past few months, Batavia explained, and the staffing crisis has made it “a real struggle” to find a temporary, full-time replacement. With the help of relief veterinarians, who have been taking on work mainly as a community service, the shelter has been able to keep some of its operations going, but even then, the number of surgeries it’s been able to conduct has been greatly reduced.

“Who wants to do relief work for not the most money? Because we’re the city. We’re not a fancy emergency practice,” Batavia said.

Unlike private shelters, which pick and choose the animals it accepts, the city’s animal shelter does not have the option to turn away animals. While there isn’t a set maximum number of animals it can take in, “best practices do not allow for overcrowding because it causes stress and disease in the animals,” Funghi said.

Euthanization is not an option the shelter would default to.

“We have not euthanized for space historically and we would do everything possible to avoid that situation,” Funghi said, adding that the shelter holds itself to the American Society for the Prevention of Cruelty to Animals’ “five freedoms”: freedom from hunger and thirst, freedom from discomfort, freedom from pain, injury or disease, freedom to express normal behavior, and freedom from fear and distress.

The shelter plans to hold a large adoption fair this month, though specific dates and locations have not been confirmed. To encourage adoptions, the shelter has temporarily made them free to qualified homes.

Iris Kwok covers the environment for Berkeleyside through a partnership with Report for America.

Can you help us make a difference?

The reporters and editors at Berkeleyside are dedicated to covering our city and providing you with the information you need to be an informed citizen. If you value what you get from Berkeleyside, please join us with a tax-deductible donation so we can continue doing the local reporting that matters to you.

Will you chip in to Berkeleyside today?

Fri Jul 15 , 2022
COLLEGE STATION, Texas (KBTX) -A College Station woman is facing animal cruelty charges after her roommate’s dog died from complications from dehydration, lack of food ingestion, and extreme temperatures. Jacie Renee Martino, 19 is charged with cruelty to non-livestock animals. The incident happened in the 700 block of Navarro Drive […] 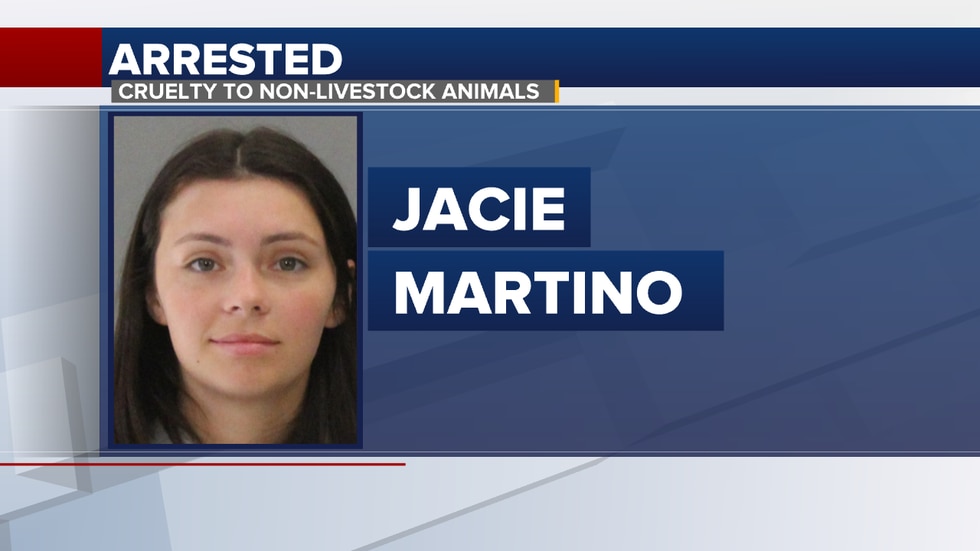