There are some common pet-dog names that just make sense: Fido. Buddy. Gizmo. And Bella, apparently, if you own one of these “dogs.”

Then there are dog names that make you scratch your head. Some of those names are so “wacky,” they just might win a contest.

National insurance company Nationwide, which dabbles in the pet insurance business, announced a list of 10 finalists for its “Wacky Pet Name Contest” on April 4. Included in that list is a Boonville, Indiana, St. Bernard named “Princess Dumptruck.”

More:Baseballs are made of rubber, leather and yarn. The price makes them seem like gold.

Amanda Fischer, Princess Dumptruck’s owner, said she saw an email about the contest from Nationwide, who she uses for pet insurance, and knew she had to enter in her dog’s name.

“It just fit perfectly because who names their dog that?” Fischer said.

She makes a valid point. Why in the world is that her dog’s name?

“My husband I are were talking about getting a puppy, but he had two rules,” Fischer said. “It had to be a female, and it had to be named Dumptruck.”

The “princess” part came later, Fischer said, and is more of a title than a nickname. Not that the dog doesn’t have a slew of them; Fischer said they also call her “Chonky Butt,” “Floofy Butt” and “Dumper Doofus.”

“Dumper Doofus” earned that title from the odd way she sometimes “smiles” at her owners. Her top lip sometimes gets stuck between her teeth, Fischer said, making her look a bit … odd.

Since she was little, Fischer said she’d always wanted the “biggest dog imaginable.” And now she has a 138-pound dumptruck of a dog.

While Dumptruck is massive, she’s also sweet, intelligent and is quick to learn new tricks. The Fischers have four dogs, including a “brother” St. Bernard named “Booger” who Dumptruck plays with all day long, according to Fischer.

Fischer said that Dumptruck isn’t a high-energy dog, but loves to play with stuffed-animal toys. She said life with Dumptruck is a lot like what’s portrayed in the 1990s movie “Beethoven,” about a rowdy St. Bernard rescue who drives its family up the wall with its slobbering antics.

“Well, without the heroism,” Fischer said.

Evansville news:What are the keys to attracting young workers to join the Evansville labor market?

Fischer compared Dumptruck to Daenerys Targaryen, the fictional “Dragon Queen” from HBO’s “Game of Thrones,” because they both have a long list of titles included in their name.

“It’s a lot: Princess Jalapeno Cheeto Mogwai Fiona Chewbacca Dumptruck,” Fischer said. “She doesn’t respond to the full name, but she just likes being talked to.”

Dumptruck and Fischer have a steep hill to climb in order to grab the “Wackiest Pet Name” crown, as some of the other names in the competition are outright bonkers.

There’s “Porkfrog,” which sounds appetizing. Then there’s a white Labrador named “Ghostopher P. Spookington,” who doesn’t look at all like he wants to scare or haunt anyone, unless they’re being stingy with treats.

The real adversary, however, is a Great Dane named. . . “Redwoods Stinging Tenticles (sic) of the Sea RuhRoh,” which sounds like the final boss in a Scooby Doo-themed aquatic video game. The name surprisingly fits once you get a good look at the canine.

Voting for the winner is available to the public through Saturd and can be found online at www.petinsurance.com/wackypetnames. There’s also a category for cats, though there are no Indiana-based entrants.

Sun May 8 , 2022
A total of 163 cases of hepatitis in children have been reported in the UK. (PA) Investigators continue to try and work out why more than 160 children in the UK have been hit by sudden onset hepatitis. An update from the UK Health Security Agency (UKHSA) on Friday revealed […] 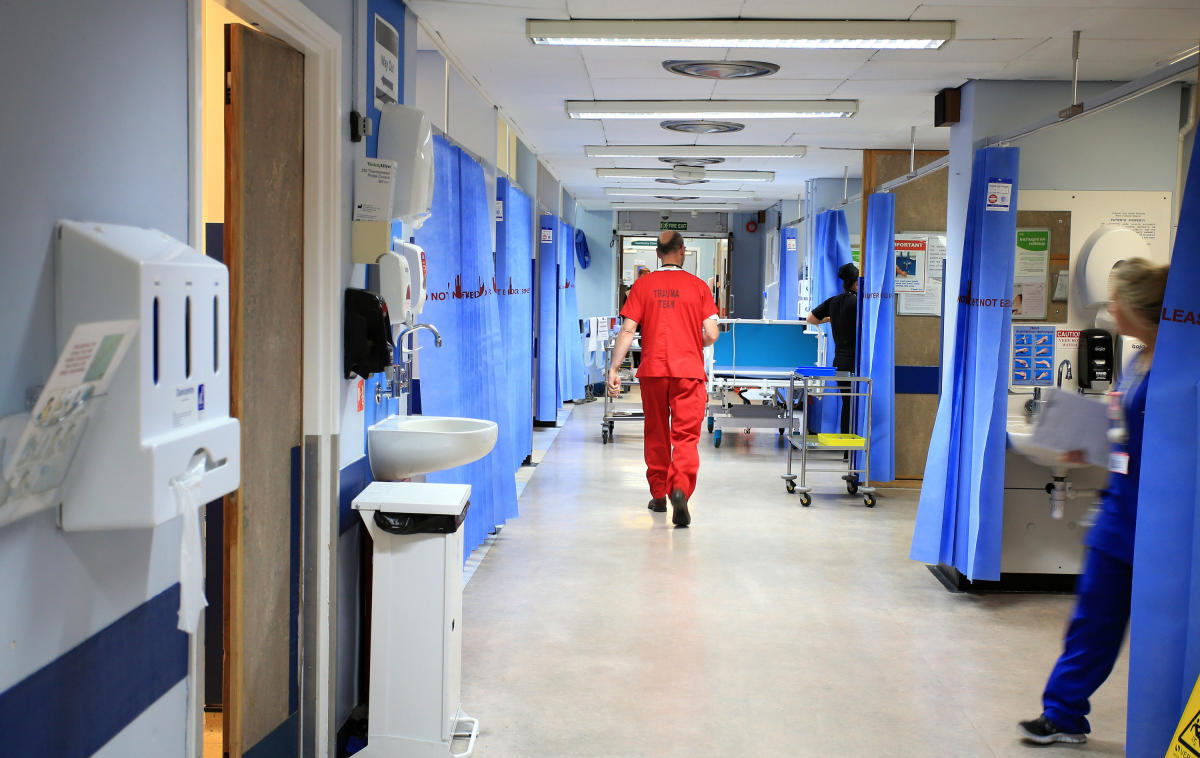