Cats are known for their peculiar behavior, whether it’s a cat making a perfect square in blinds to look through the window, another hilariously reacting to its own reflection or one rescuing kitten snuggling up to the owner’s grumpy cat. And recently, another feline caught the internet’s attention after one Reddit user shared a video of their cat hanging onto a shower door while they were taking a shower.

Under the username u/Nicyyyyy444444, the OP (original poster) posted the video on the r/aww subreddit on Monday, captioning it “Why [is] my ginger boy doing this when [I’m] taking shower.” Since then, the post has amassed a total of 58,800 upvotes as well as 585 comments.

The nine-second-long video starts as the OP shows the showerhead and proceeds to move the camera towards the shower door, revealing a ginger cat hanging right on top of it.

“He’s making sure you’re safe from the dangerous waters! Keeping an eye on ya lol,” one user wrote.

“Orange cats are weird. It’s a feature,” another commented.

And one user joked that “they all share one brain cell.”

Another commenter even compared the cat to a certain lasagna-loving feline cartoon character: “Garfield vibes.”

One Redditor shared their experience of being an owner of two ginger cats: “[…T]hey are literally the derpiest cats I’ve ever owned. It’s like all orange cats are himbos or something,” they wrote.

“You watch him when he bathes. It’s only fair for him to do the same,” another user jokingly suggested.

According to Marilyn Krieger, cat behaviorist who wrote in the magazine Catster, felines tend to “hang out in strategic places for the sole purpose of soliciting attention from their favorite people.” Typically, cats pick spots next to their owners, which often involves surfaces like books, laptops, magazines and more.

Registered veterinary technician Jenna Stregowski also shared on The Spruce Pets that it’s not uncommon for cats to follow their owners into their bathrooms. Similar to other pets, our feline companions enjoy a routine, so if going to the bathroom with you turns into an everyday activity, chances are, it’s going to be hard for you to stop your cat from following you.

Some of the reasons why cats “love bathrooms” include curiosity, attention and surprisingly, water. Although it’s a common presumption that cats don’t enjoy getting wet, many cats like to be near water, especially if it’s running or flowing, making the cat believe that they must be near a fresh source of water.

The reason why some cats could jump on top of a shower door could be because most cats like to hang out in high spots. According to The Spruce Pets, “cats have an instinctual need to observe their world from a high point because they’re both predators to mice, birds, rabbits, and other small animals, and prey to larger animals, like coyotes, owls, or eagles.”

Do you have funny and adorable videos or pictures of your pet you want to share? We want to see the best ones! Send them in to [email protected] and they could appear on our site.

Wed Jun 1 , 2022
NEWYou can now listen to Fox News articles! A new pet has been named the oldest living dog in the world.  Pebbles, a 22-year-old Toy Fox Terrier from Taylors, South Carolina, was recently given the title by Guinness World Records. The pooch – who was born on March 28, 2000 […] 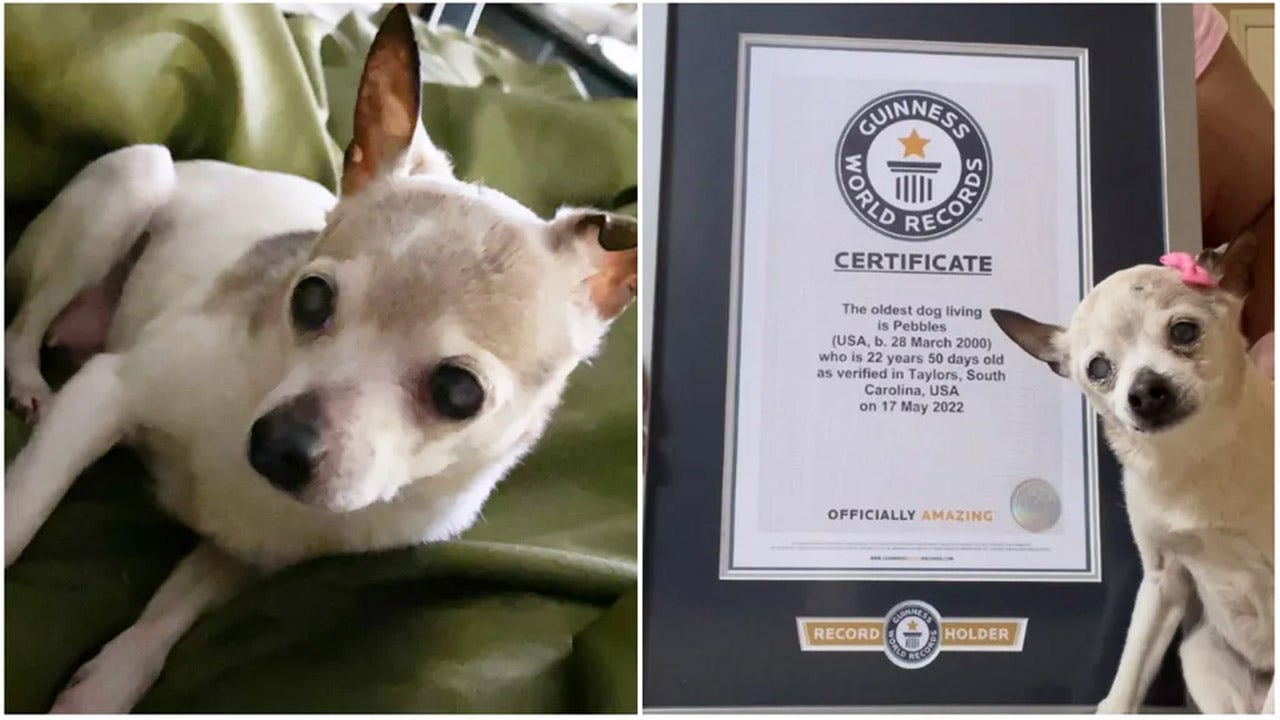