Out of the ashes and rubble of the Winters Hotel fire in Gastown, a cat, aptly named Smokey, wandered out more than a week later, injured but alive.

Former hotel resident Lance, who asked his last name not be published, thought his grey-coloured cat had died in the blaze, which happened April 11 at Water and Abbott streets. The fire killed two residents and displaced residents from 71 rooms.

He escaped with his life and his other cat, which is Smokey’s sibling. Lance was devastated and feared Smokey had died in the blaze along with several other pets belonging to other residents.

But then two days ago Duncan received a call that someone had found the cat, injured and reeking of smoke. A woman had been caring for it in her classroom. So VOKRA staff went and fetched the cat and took it back to the rescue shelter.

There, they cared for the injured animal, and found out from a microchip that he was Smokey and belonged to Lance, a resident of the Winters Hotel.

“The cat is quite thin. And his front claws are all down to stubs,” said Duncan.

“He has a little bit of an injury on his chin on his face, and above his one eye. He really smelled of smoke badly and his fur was dirty but sticky feeling.”

Duncan said Thursday that Smokey is doing much better, and is eating and drinking well.

“He was just so pleased. He really thought the cat had died. It’s amazing it survived,” she said, adding they will be providing Lance with some supplies to take care of his wounded cat at his new residence at Columbia Street.

Jill Morisset, centre manager of VOKRA, said the reunion Thursday was very sweet. Smokey was also reunited with his brother Mufasa and was so excited he started licking his head, she added.

Smith said Lance brought Mufasa down to the lobby to be reunited with his brother and she said Lance just had the biggest grin on his face.

“He was so happy,” she said, adding that it really helped that Smokey was microchipped so that they could find out who he belonged to.

The majority of the residents displaced by the fire were moved from a shelter to another Atira-owned hotel in the Downtown Eastside at 303 Columbia Street.

The deadly blaze wasn’t the first fire that occurred at Winters Hotel.

A fire that ignited April 8 was extinguished by the hotel’s sprinklers before the system was shut off and fire crews issued a notice that the system had to be serviced.

—with files from Sarah Grochowski

More news, fewer ads: Our in-depth journalism is possible thanks to the support of our subscribers. For just $3.50 per week, you can get unlimited, ad-lite access to The Vancouver Sun, The Province, National Post and 13 other Canadian news sites. Support us by subscribing today: The Vancouver Sun | The Province.

Sign up to receive daily headline news from the Vancouver Sun, a division of Postmedia Network Inc.

Thanks for signing up!

A welcome email is on its way. If you don’t see it, please check your junk folder.

The next issue of Vancouver Sun Headline News will soon be in your inbox.

We encountered an issue signing you up. Please try again

Sun May 8 , 2022
ROCK ISLAND, Illinois (KWQC) – Steve Havercamp says his family’s cat Milo was funny, friendly, and inquisitive. After discovering Milo’s corpse not far from his Rock Island home just over a week ago, Havercamp is worried what the heinous crime means not just for his family, but for his community. […] 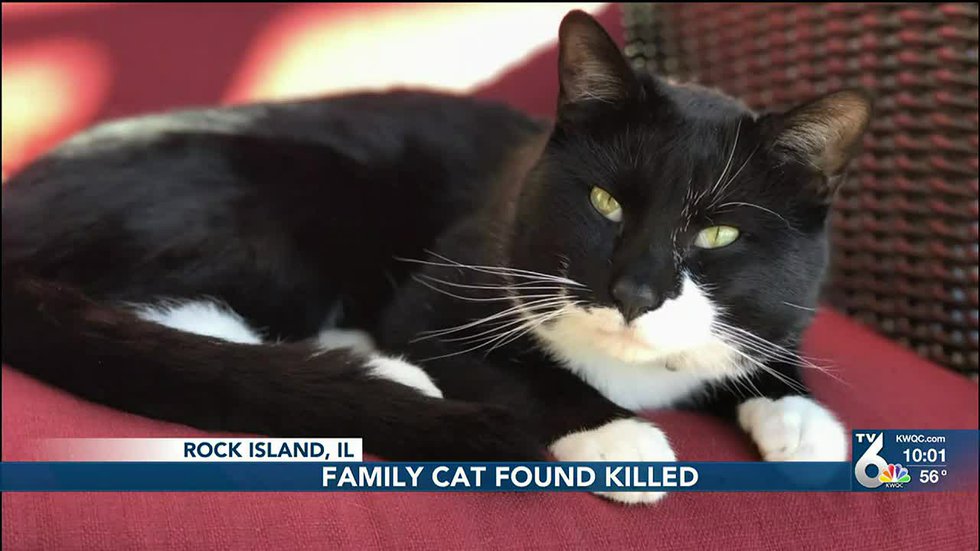