A Corvallis animal shelter is taking a unique approach to helping cats find new homes: teaching them to high-five.

That’s how Thanos — an approximately 4-year-old cat at the Heartland Humane Shelter — went from skittish feral cat to friendly high-fiving housecat ready for a new home.

“He used to be a really shy cat that’s now come out of his shell with positive reinforcement with this program,” Courtney Williams explains in a video filmed by the Corvallis Gazette-Times.

In the video, Heartland staff show Thanos performing high fives as they tell a bit more about his story. Thanos is a large white-and-brown tabby cat with puffy cheeks. He has feline immunodeficiency virus — an infection that’s similar to HIV, except FIV doesn’t spread to humans.

Staff entered the video into the National High-Five Day contest for cats. Galaxy announced the winners Friday; unfortunately, Thanos wasn’t among them. Still, Heartland staff say they hope his high-fiving video helps win the hearts of a family looking for a unique cat to welcome into their home.

Pet adoptions surged at the onset of the pandemic. A year later, most of those pets remained in their adopted families’ homes, according to a study by the American Society for the Prevention of Cruelty to Animals. Even so, many local shelters in Oregon say they’re challenged by overcrowding and a slowing demand for adoptions, as reported by the Newberg Graphic in January.

Sat May 14 , 2022
Shared on Reddit, the video of the mama cat making a dog babysit her kittens is simply adorable. Dogs and cats are famously known for being enemies. But that doesn’t seem to be the case in this house where a dog and a cat seem to be rather good friends. […] 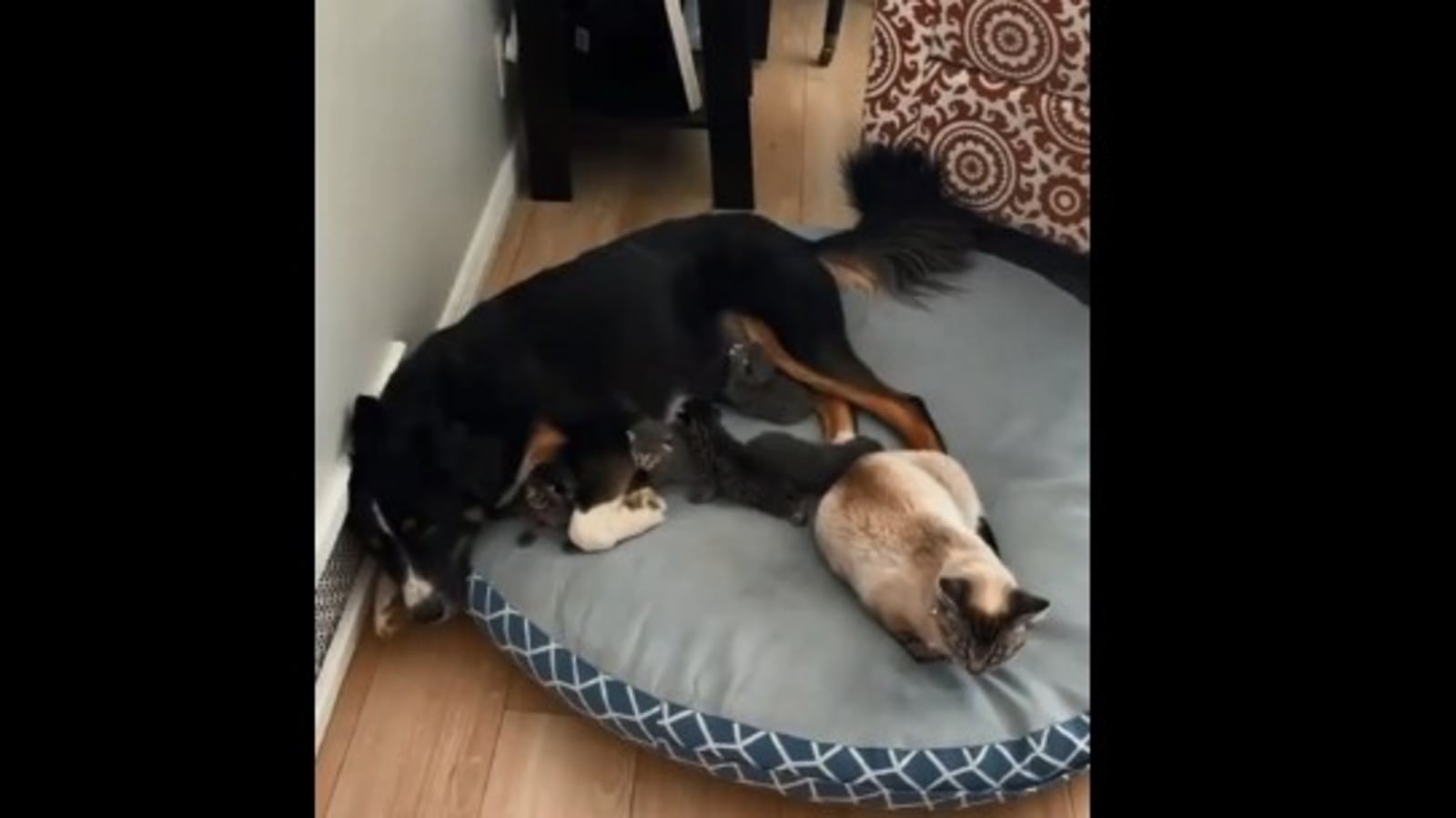