A 53-year-old man and his black Border collie, Saul, were on a hike last week near California’s Tahoe National Forest, surrounded by trees and steep canyons, when something went wrong. The man fell 70 feet from a ridge, breaking his hip and multiple ribs, the authorities said. He had no phone. Just a dog by his side.

The man, whose name the authorities did not release, crawled up a rocky bluff to his camp where he had been staying, and was able to call 911 about noon on July 13 and ask for help, said Sgt. Dennis Haack of the Nevada County Sheriff’s Office.

About seven hours later, volunteers with the Nevada County Sheriff’s Search and Rescue group came across Saul in the forest. The dog jumped up and down, spun around in circles and ran 20 feet ahead of them, Sergeant Haack said. Then, Saul looked back at the volunteers, he said, as if to say: Follow me.

“Hey, I think this dog is trying to lead us somewhere,” Sergeant Haack recalled a volunteer saying by radio. “So we’re going to follow him.”

Sergeant Haack and others at a nearby command post were puzzled.

They followed Saul for about 200 yards, and there, lying in a bed of dirt and covered by a camouflage tarp, was the injured man, in pain but grateful for his loyal pet and the volunteers.

The man, who was described by Sergeant Haack as someone who lived “somewhat of a secluded lifestyle,” was taken by helicopter to a hospital with injuries that were not life threatening, the authorities said.

Saul, the authorities said, had acted “in true ‘Lassie’ fashion.”

“The true credit,” they said, was reserved for Saul, who has a splotch of white on his chest and sad, anticipatory eyes.

The area where the man had been hiking was inaccessible to vehicles, prompting 25 volunteers from the Nevada County Sheriff’s Search and Rescue to look by foot.

Other agencies went to the park and searched for the man, whose friend had shared photos of Saul with the authorities as the search began.

It was immediately clear to search crews that Saul wanted them to follow behind, Sergeant Haack said.

“One of the guys said it made eye contact,” he recalled.

After Saul led the search crew to the man, the collie was taken to a local nonprofit in the area that takes care of animals and was eventually reunited with his owner.

Rescue stories like Saul’s are rare, and the science is not yet settled on whether dogs can intentionally seek out other humans to help their distressed owners.

Sergeant Haack said that while he and the other rescuers admired Saul’s loyalty, he believed the searchers dispatched that day would have eventually found the man.

A day after being found with the help of Saul, the man was in the hospital, telling people that he was desperate to be reunited with his dog, Sergeant Haack said.

Later that afternoon, the man picked up Saul, who had spent the day being petted and praised.

And better yet, Sergeant Haack said, he was given an extra prize fit for a good dog: a beef jerky stick.

How canine heart disease was tied to grain-free dog food

Wed Jul 20 , 2022
In 2018, the U.S. Food and Drug Administration, acting on input from a group of veterinary researchers, began investigating whether the increasing popularity of grain-free dog foods had led to a sudden rise in a potentially fatal heart disease in dogs, dilated cardiomyopathy. Dog food is shown in a pet […] 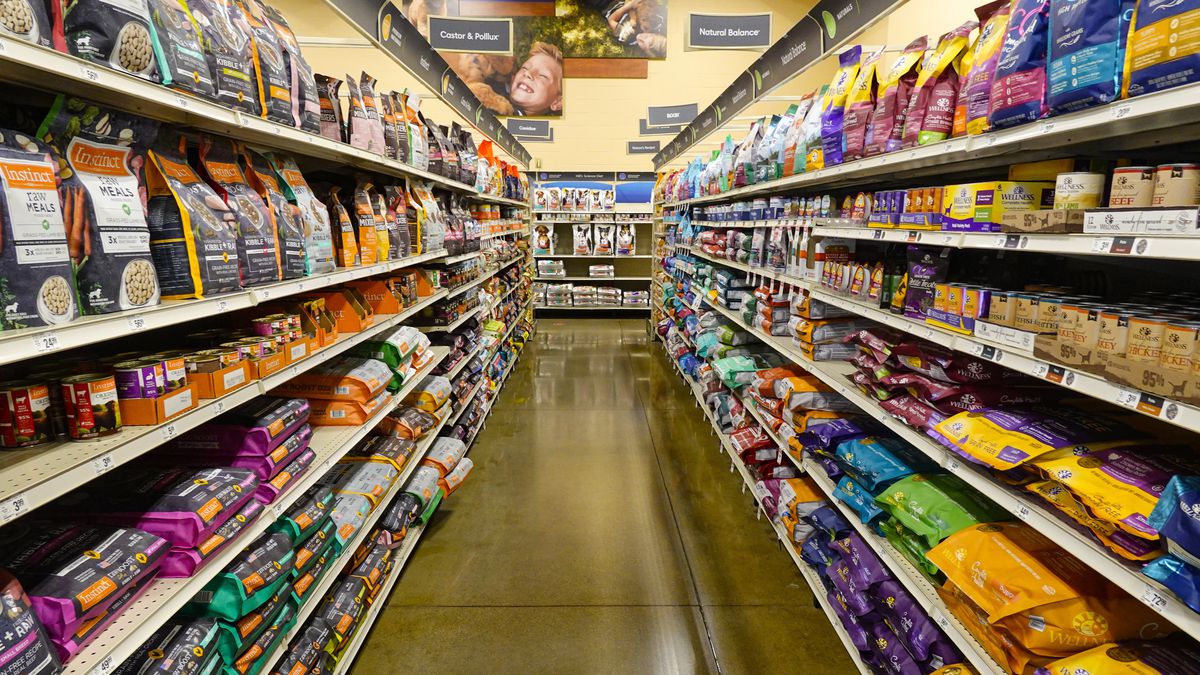