FORT WORTH, Texas — They meet every Monday night like clockwork: 7:30 p.m. on the dot.

And sometimes they leave without you if you arrive at 7:31.

They call themselves “Smash Bros Plus One.”

Abbey is the only woman – so she’s the plus one.

They ride around Fort Worth once a week, every week. It’s rare to ride twice, but last week they did.

“We didn’t have anything going on so it’s just like, let’s ride to Dallas and back,” Chris Williamson said.

They were about 30 miles into their 80-mile round trip when they got to a bridge over a drainage ditch.

Robinson said when they crossed it, “this woman had stopped her car and she keeps yelling, there’s a dog there’s a dog.”

On a concrete beam just below the road but 15 to 20 feet above the ground precariously sat a dog.

“The look on her face was despair,” Robinson said.

The cyclists stopped and out of nowhere a handyman van did too.

Within moments, Williamson had grabbed a ladder off the van and was climbing down.

He spent at least 15 minutes perched on that narrow beam, face to face with a frightened pup.

Cell phone pictures and videos show Williamson talking to her, laying with her, calming her down and eventually winning her over.

“As soon as I got over there and grabbed a hold of her, we were golden,” Williamson said

He picked her up and carefully lifted her up.

The rest of the cyclists reached down.

“Three of us bent over the side of the rail and cradled her like a baby and sat her down next to use,” Robinson said. “It was just relief.”

They nicknamed her “Mo,” short for Moriah, in honor of Moriah Wilson, an elite pro cyclist who was recently murdered in Austin.

Mo is now with a foster family and Saving Hope Rescue out of Fort Worth is raising money to cover the cost of her care.

“I mean it needed to be done, and who else is gonna do it if you don’t just jump in and do it?” Williamson said. 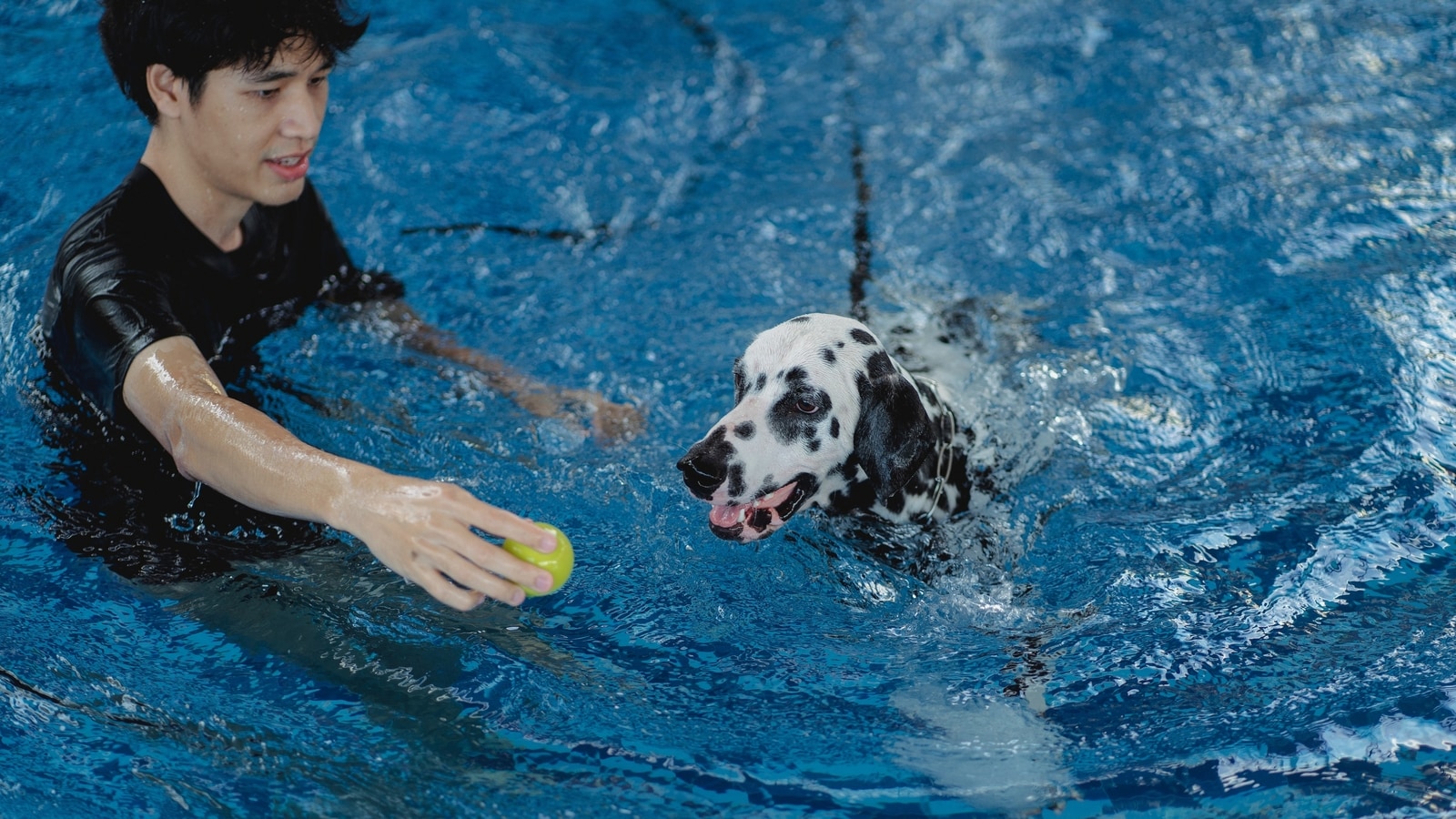