LOS ANGELES — Being homeless in Los Angeles and struggling with addiction is hard enough, but Rachel Niebur couldn’t imagine enduring it without her dog Petey.

Niebur credits her constant companion, an energetic black and white chihuahua mix, with helping her keep off drugs and giving her a reason to get up in the morning.

“She needs me. She gives me my focus. I have to feed her. I have to walk her. It’s a real relationship,” said Niebur, before following Petey to the small, fenced-in dog park on the grounds of the shelter in the Venice neighborhood where the inseparable pair have lived for about two years.

Traditional homeless shelters have long been off limits to pets, leaving animal owners who want to get off the streets with a difficult choice. But as homelessness surges across the U.S., those working toward a solution are increasingly recognizing the importance pets have for vulnerable populations and are looking for ways to keep owners and pets together.

When given the choice between getting shelter or giving up their pet, unhoused people will almost always choose to remain on the streets, said Tim Huxford, the associate director of the Venice facility now home Niebur and Petey.

“So we always want to reduce the amount of barriers that we have for people in bringing them off the street,” he said. “We realize that pets are like family to people.”

The Venice shelter operated by the nonprofit People Assisting the Homeless, or PATH, was the first of its kind in Los Angeles County to allow residents to bring animal companions, Huxford said.

Thanks to a state grant, PATH has a budget for food, crates, toys and veterinary services under an initiative called the Pet Assistance and Support program. In 2019, the pilot program provided $5 million to nonprofits and local jurisdictions, and that amount was doubled the following year. Now pending legislation would make the grant program permanent, while expanding it across the state.

State Sen. Robert Hertzberg, who wrote the bill that would expand the program, estimates that about 10% of homeless Californians have pets. And the reason many shelters don’t accept animals is simply because they don’t have resources to care for them, said Hertzberg, a dog owner.

He called pets “our comfort” and cited research that found animals provide companionship and a sense of purpose to people who don’t have housing.

The Democrat from Los Angeles said it’s just “raging common sense” to give nonprofits and other caregivers the budgets they need to feed and house pets, especially considering how much California already allocates to address the statewide homelessness crisis.

“We’re spending a billion dollars over here to get people off the street; why can’t we spend a few dollars over there to put together veterinary services and dog food and crates? These are grants of between $100,000 and $200,000, so it’s not a ton of money in the grand scheme of things,” Hertzberg said.

The money would come the state’s general fund, so it’s not cutting into any existing funding, Hertzberg said. The measure, SB513, unanimously passed the state Senate in January and now awaits consideration in the Assembly.

The California law is part of a larger national recognition of the issue.

In Arizona, for example, there are several organizations that take care of animals for residents who are struggling to get back on their feet.

A nonprofit no-kill shelter called Lost Our Home provides up to 90 days of pet care for homeless people while they search for a permanent place to live following a crisis like eviction, domestic violence or medical treatment.

Don Kitch manages one of several shelters operated in the Phoenix area by the nonprofit Family Promise, among the few that allow people to keep their pets at a separate area for the animals at the site. He said his shelter was currently housing four dogs, two cats and a Guinea pig.

“Unfortunately, there are very few facilities around here that will accept pets,” said Kitch.

Kitch said the Arizona Humane Society takes in pets for 90 days to allow their owners time to find stable housing, while the Sojourner Center allows domestic violence victims to keep their pets at the shelter.

Kitch said Family Promise used a grant from PetSmart to get started with its program to house pets. He said he’d welcome a law like California’s, because “anything to defray the cost would be ideal for a nonprofit homeless shelter like ours.”

The national nonprofit Best Friends Animal Society has joined forces with Catholic Charities USA to push for programs that keep homeless people and their pets together. The group Feeding Pets of the Homeless organizes veterinary clinics and donation drives for pet food and supplies.

The ASPCA and other animal care groups are urging the California bills’ passage.

“The ASPCA believes that financial circumstances alone are not reliable indicators of the capacity to love and care for a companion animal and that pets are incredible source of support and companionship in our lives, especially during times of stress and uncertainty,” said Susan Riggs, the ASPCA’s Senior Director of Housing Policy.

One of Petey’s canine companions at the Venice PATH facility is Champ, a pit bull mix that his owner Ro Mantooth calls “the mascot” of the shelter.

“He’s really my best friend. I don’t know what I’d do without him,” Mantooth, 29, said of Champ. “I’m lucky to have him. Not a lot of places are going to take animals, you know?”

In addition to Petey and Champ, there are eight other dogs and one cat at the Venice shelter. Huxford said another PATH facility has a parrot in a cage. Technically there are no rules about what animals can be admitted, he said, but that hasn’t been tested yet.

“If someone came in with an elephant, I guess we’d have to see,” he said.

Sun May 8 , 2022
An owner has shared a striking video showing how much her dog, who has vitiligo, has changed over time. Fanny is a Bernese Mountain Dog, who is turning more than gray in her old age, as patches of her fur slowly turn white due to the condition. Vitiligo can affect […] 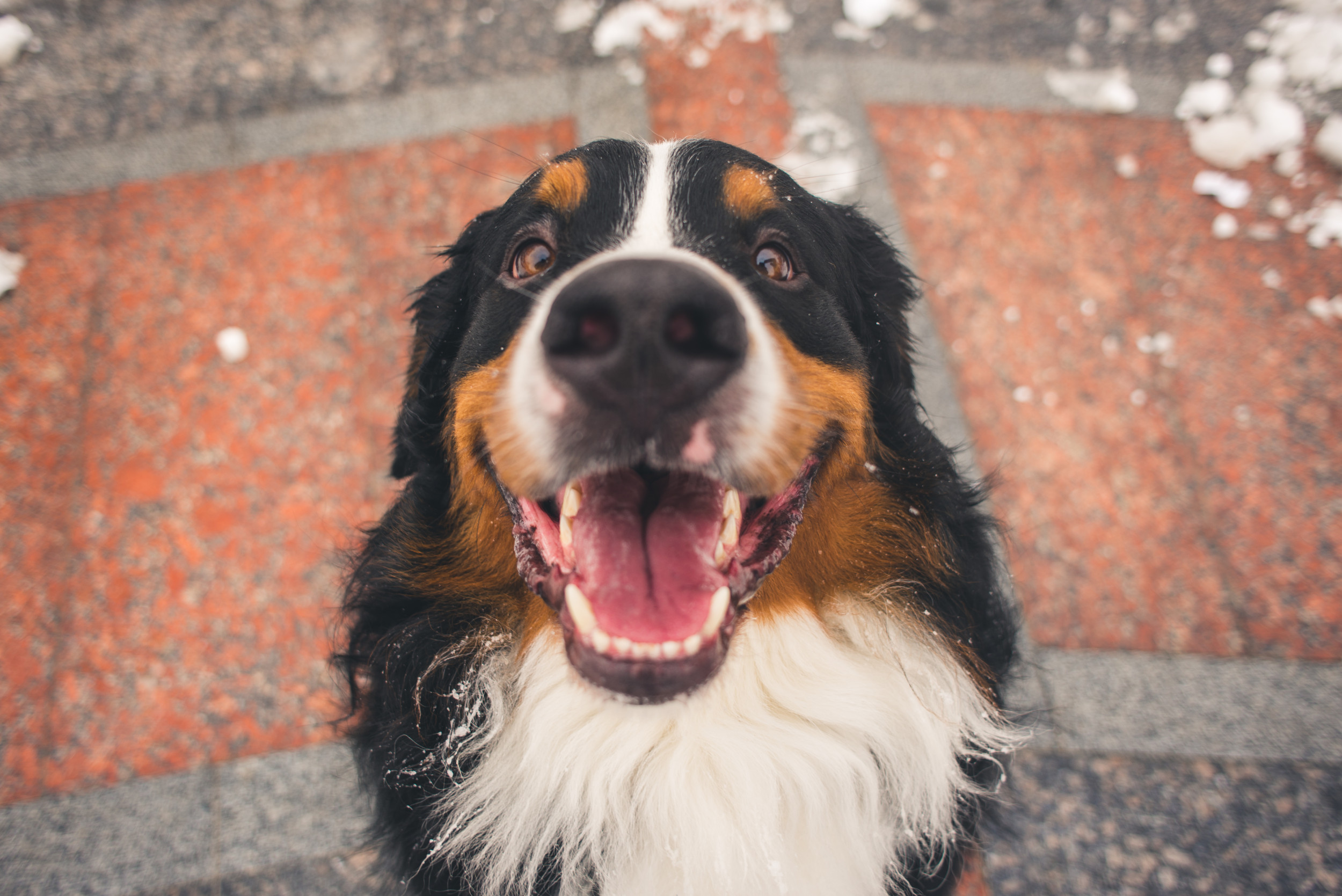