Nail trimming, dog-sitting, check-ins and dog walking are just a few of the things that Michael Bryant Bennett Jr. provides at Hot Diggity Dog Sitting. Bennett has been in the dog-care business for as long as he can remember, saying the reason is because dogs are his greatest joy.

My mom always said to me, “find something that doesn’t feel like work,” Bennett said, whose first childhood memory was playing with dogs and being licked by his loving pets.

Bennett has dreams of expanding into a mobile grooming service or daycare business in town, but for now, he works directly with clients in their homes where pets feel the most comfortable.

“Grooming salons can be a high stress environment for dogs. They’re not really relaxed,” Bennett explained. “When they’re at home or walking along familiar routes, they’re in their natural environment.”

Bennett first moved from North Carolina to Fountain Hills in 1999, where he attended Fountain Hills High School. He went on to attend Scottsdale Community College and transferred to Arizona State University where he achieved a bachelor’s degree in film and media studies. During his first few years in Arizona, Bennett found that he was very shy, and it became difficult for him to make friends. It was also around this time that his grandfather had passed away.

“I really struggled with alcohol abuse very, very mightily,” Bennett said, whose grandfather was also an alcoholic. After 20 years of struggling with alcohol and knowing he wasn’t going to live much longer, Bennett finally decided to become sober. One incident that contributed to his decision to quit was when his cousin consumed a combination of alcohol and Xanax, dying at the age of 36. Months later, while only a few weeks into his sobriety program, Bennett smelled his grandfather’s cologne in his room.

“It was almost like a sign to me, like he’s watching over me and he knows I’m making a good decision,” Bennett said, who dedicated his business to his late grandfather.

“My grandpa used to say ‘hot diggity damn’ a lot, so my business is an homage to him and in remembrance of him,” said Bennett, who is celebrating eight months of sobriety.

Before booking with a new client, Bennett likes to setup a meet-and-greet where he can interact with clients, interact with their pet(s) and foster an environment of trust.

“I am open 24/7, 365, so if somebody works the graveyard shift and needs me at 2 in the morning to check on their dog, I’m willing to do that,” Bennett said who enjoys getting positive feedback from clients. “I’ve pet-sat bearded dragons, exotic animals…there’s nothing I won’t do.”

Bennett recently house-sat for a client with seven cats and three dogs. Aside from cats, most of his clients are dog owners, which is his specialty.

“One of my favorite breeds is St. Bernard,” Bennett said, adding that he remembers seeing the film “Beethoven” as a child. He always wanted a St. Bernard as a pet, but like in the film, he and his parents knew their house would be destroyed in a matter of hours. His first dog was a Shar Pei named Sake for a number of years, and then Pugsley the Pug took over as the family dog for 14 years. Now Beau, a French Bulldog, has been in Bennett’s life for eight years.

Wanting to provide the best service for his clients and their pets, Bennett became pet CPR/first aid certified.

Bennett achieved his certification through a class provided by Kate Klasen, a Pet Tech certified CPR/first aid instructor and owner of Balanced Paws Grooming in Fountain Hills. In case pet owners have a senior dog or simply want peace of mind while out of town, Bennett wants his clients to know that he is prepared to help.

“I have this second chance at life, so I’m very grateful,” Bennett said, crediting his new life to his friends and family who care about him. “This business is a way to give back, because it’s not about me, it’s about the dogs.”

Tue May 31 , 2022
FRANKLIN, TENN. — The PEDIGREE® brand, owned by Mars, Inc., launched its Essential Support Dogs program to promote the service dogs provide as essential supporters for humans. The program involves a support fund to help dogs throughout the United States, as well as discounts for consumers on PEDIGREE dry dog […] 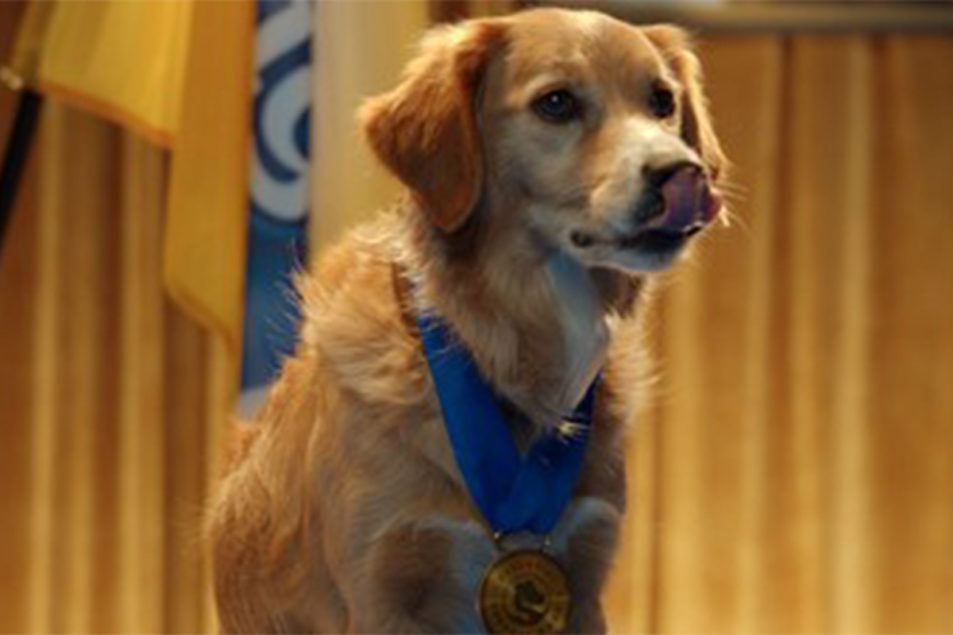