It took more than a flyer on a lamppost for a lost cat in Vancouver’s Shaughnessy neighbourhood to be returned to its owner on Wednesday.

Police and conservation officers were called after residents reported seeing a cougar, far from its natural habitat, in the area of Granville Street and 20th Avenue around 1 p.m.

“We did notify some schools in the area for student safety when we believed this may have been a wild cat,” said Sgt. Steve Addison with the Vancouver Police Department.

“This was a house cat that was corralled and returned to [its] owner by our officers.”

But not before a lot of people reported the big cat, according to the B.C. Conservation Officer Service (COS).

The COS, in a tweet, identified the large feline with a distinctive spotted coat as a savannah cat, which is not an exotic or “controlled alien species” under B.C. laws.

Exotic animals not native to B.C. are not considered wildlife under the designation but are considered a potential threat to people, property and other wildlife.

It is also illegal to breed or transport species listed under the regulation, which includes other large cats like tigers and lions.

But the animal that caused a momentary panic in Shaughnessy turned out to be none of those.

“We appreciate the public calling in tips so it could be safely reunited with its owner,” the COS said on Twitter.

While the Conservation Officer Service maintains the cat was a savannah cat, at least two cat experts aren’t so sure — saying it was likely a serval, a wild cat native to Africa.

A savannah cat is a hybrid species that is a cross between a serval and a domesticated cat.

Eric Buckingham, who breeds savannah cats, said Wednesday’s lost feline was larger than a typical savannah cat and had a spotted pattern different from the savannah cats he has seen.

“Usually most breeders of savannahs don’t have servals because they’re too wild,” he told CBC News. “A serval’s really wild … it’s not a house cat.”

Buckingham said that savannah cats bred for pet owners are often five or six generations removed from their serval ancestors.

“Usually when we breed kittens, we want them to be [generation] five and six because … they’re still playful and everything,” he said.

Carole Baskin, an American animal rights activist and CEO of Big Cat Rescue who rose to fame (or infamy, depending on who you ask) on Netflix’s Tiger King, also chimed in on the potentially misidentified feline.

“You were lied to if someone told you this is a hybrid. It’s a serval,” Baskin declared in a tweet directed at the B.C. COS.

You were lied to if someone told you this is a hybrid. It’s a serval. As someone who has rescued servals and their hybrids for 30 years I can assure you that the only reason they are calling it a Savannah is because they know there is a law against owning a serval.

Servals are not illegal to own in B.C., but Dr. Sara Dubois, chief scientific officer for the B.C. SPCA, said they are not suitable as pets, despite still being bred and sold as exotic house cats.

She also said it was likely the cat that was returned to its owner on Wednesday was a serval.

“[Servals are] fast and they’re big jumpers and they’re still kind of dangerous,” she told CBC News. “They’re going to be smaller than a lynx if that helps people visualize the size of them.

“They are hunters, constantly needing enrichment. And so this is why they’re so difficult to keep in captivity.”

Dubois said the SPCA had been pushing the B.C. government to include servals under the Controlled Alien Species Regulation, especially after a 2019 investigation found 13 servals living in “horrific” conditions in Kamloops, B.C.

She said the animals would suffer significantly in captivity even if they weren’t public health risks.

“We have lots of domestic cats that are waiting for a home,” she said. “That isn’t the problem. It’s really about these designer exotic cats that people are buying.”

CBC News reached out to the COS to reconfirm the lost cat’s species but had not received a reply by deadline.

Sun May 22 , 2022
This Avenger was powerless to shield his heart from puppy love upon locking eyes with a stray, shelter-bound pooch in 2017. Five years on, Chris Evans has posted yet another mutt-erly adorable snapshot of his beloved rescue dog, Dodger, to Instagram yesterday in recognition of National Rescue Dog Day. The […] 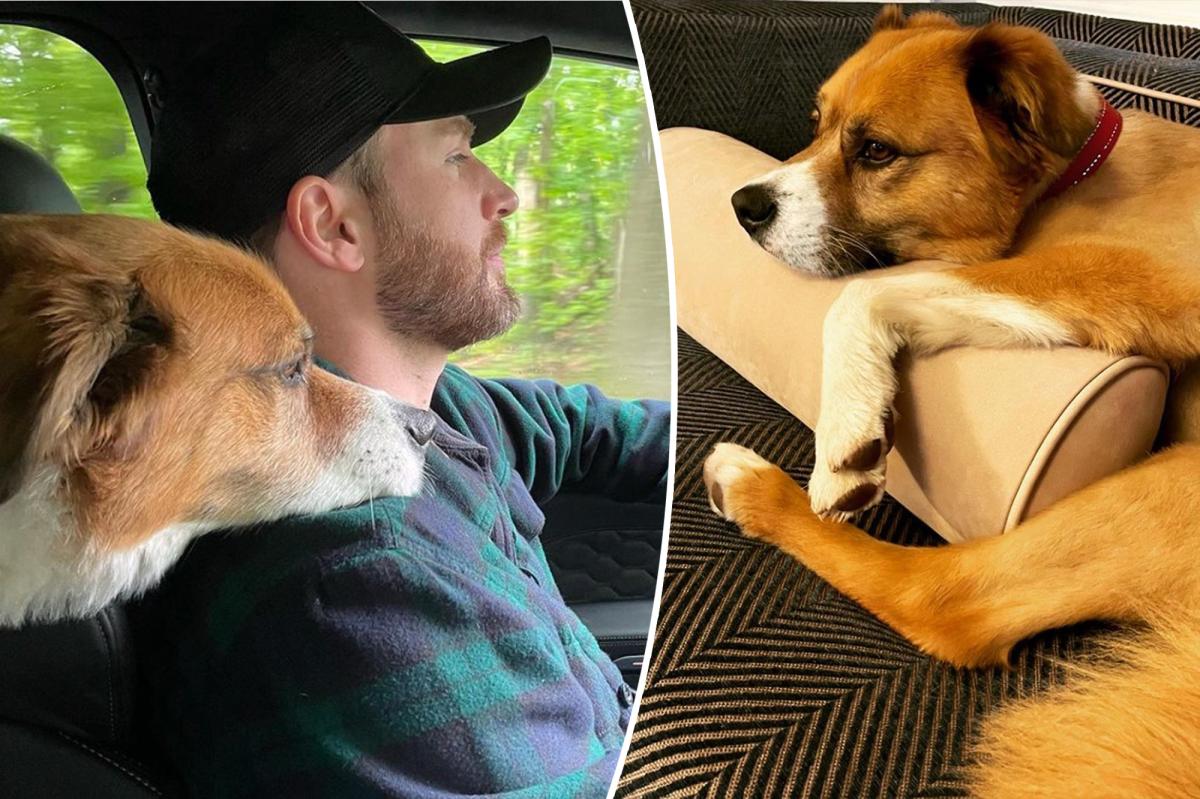