LA GRANGE – West Suburban La Grange is gearing up for a “wild” weekend.

Dogs, cats, ferrets, goldfish and more will be the main attractions at the village’s 76th Annual La Grange Pet Parade.

The event has been bringing people and pets together for generations, even during the pandemic.

The Pet Parade steps off at La Grange road and Cossit Avenue and more than 40,000 people are expected to gather to watch it make its way along the 1.5 mile route through downtown La Grange.

WGN News Now spoke to the Pet Parade’s Executive Director, Erin Smith, about the family-friendly event. “Expect it to be big. I think there’s going to be great energy this year.” said Smith. “I think People are going to show up. and i think it’s just a wonderful day for the community to come together.”

Smith adds the Pet Parade is something you need to see to believe, and said that even though the route is short, the memories will last forever.

The Pet Parade has 105 entries this year including the Jesse White Tumblers, Tommy Hawk, several princesses on floats and marching bands.

A “Pet and Owner Costume Contest” will also be held once the parade ends, where contestants compete for top prizes.

The Grand Marshals for this year’s parade will be the American Legion Post 1941 who’ve been the color guard for the Pet Parade since it began in 1947.

The Village’s Chamber of Commerce created the La Grange Pet Parade in 1947 as a pet and child costume contest and parade through main street as way to bring the community together. It grew to include local schools, businesses and non-profit groups; and was even broadcast on WGN Television throughout the 1970s and into the 1990s.

Smith said that while a majority of their fundraising goes toward putting on the Pet Parade they do work with charities to give back to the community.

In 2019 and 2020, she said parade organizers worked with the non-profit K9s for Veterans to provide veterans with a service animal plus provide medical care and food for the life of the dogs.

“This year we didn’t do that.” Smith said. “I really needed to make sure I got the lay of the land. This was my first year in the position so I needed to kind of learn the ropes of the parade. But moving forward in years to come, it’s definitely a goal of mine to make sure we can give back to the community as much as we can and continue the tradition of providing a service animal to those veterans.”

Sun Jun 5 , 2022
Army officials in Hawaii say they’re looking into reports made by an Oahu animal rescue organization accusing soldiers at Schofield Barracks of shooting stray cats with blow darts. “It is our understanding that a group of Soldiers purchased blow dart guns while on a recent training to Indonesia and brought […] 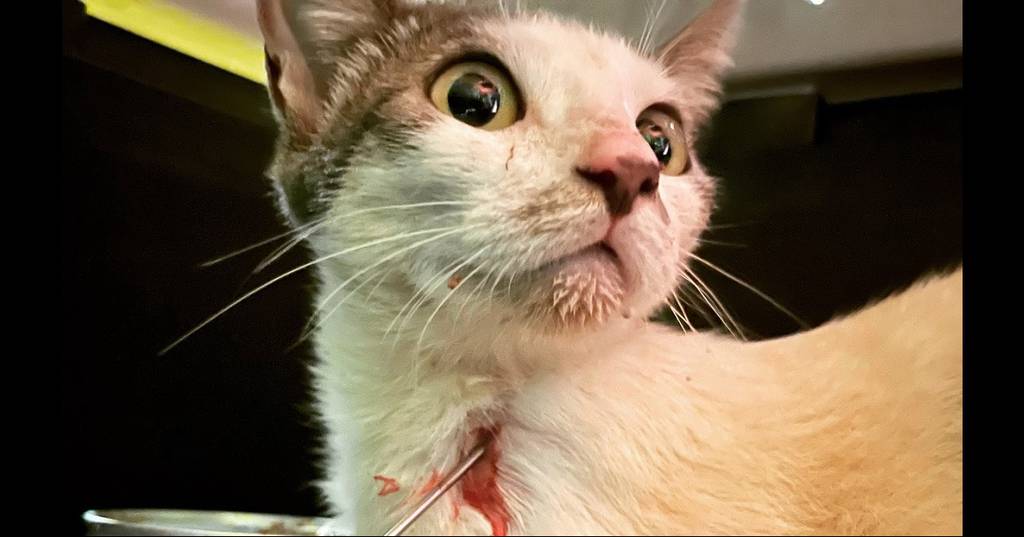