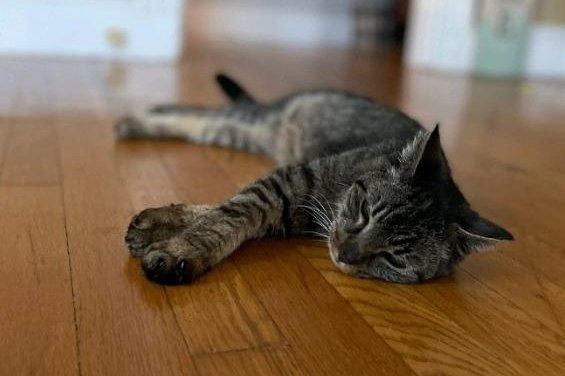 June 8 (UPI) — A New Hampshire woman was reunited with her lost cat four years after the feline went missing.

The Salem Animal Rescue League said it was recently contacted by a woman who was preparing to leave the state and was concerned for the welfare of a stray cat that she had been feeding on her porch.

A SARL team was able to catch the feline and had him scanned for a microchip. The chip identified an owner, but the phone number was disconnected, officials said.

SARL contacted the MSPCA at Nevins Farm in Methuen, which the microchip identified as the facility where the cat had originally been adopted. The MSPCA was able to give SARL the address of the cat’s owner.

Owner Casey Munroe said the now-11-year-old tabby, named Gigi, had been an indoor/outdoor cat before failing to come home about four years ago.

“This upcoming September would have been five years that he was gone,” Munroe told The Eagle-Tribune newspaper. “He would come home every night, until the time he didn’t. We called his name out, we posted on social media, we asked the police if anyone had reported a cat hit by a car.”

Munroe said she was shocked to learn Gigi was still alive. She said he is now settling in back at home.

Thu Jun 9 , 2022
Harmar Township police are asking for the public’s assistance in finding a man accused of animal abuse and neglect. Police say it was on Feb. 11 when they were called to a home along Nixon Road in Cheswick that 23-year-old John Anthony Wells was renting. They found a dog crated […]