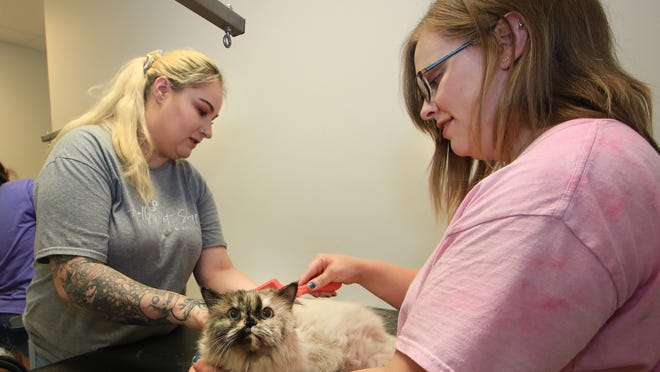 Holly’s Pet Shoppe, Spa and Boutique opened its doors at the end of April. Although a new business, the owner, Holly Buckner, has groomed dogs and cats in Reno County for more than seven years.

Holly’s Pet Shoppe is on the corner of 17th Avenue and Lorraine Street.

Buckner began grooming pets in 2015 when she decided to change her career path to fit her passion for caring for animals.

“I grew up always wanting to be a veterinarian, and then I worked as a vet tech from 2012 to around 2015 and decided at that point that veterinarian wasn’t for me,” Buckner said. “We did some grooming at the clinic, but when I parted ways with the vet clinic, I saw an opening for grooming.”

Creating the spa experience for pets

Buckner described her spa as an all-in-one location for pet owners to get their pets groomed and shop for pet supplies.

“What we aim for here is an upper-scale salon — that we are treating it as a legitimate spa day,” Buckner said. “We have put in different practices and products that lean toward that.”

The products sold at Holly’s Pet Shoppe generally come from either Kansas or other locations in the United States. The DubDog Designs collars are made in Mission.

Buckner’s seven years of experience, has taught her to respond to unique needs.

In January, Buckner purchased the storefront at 1625 N. Lorraine St. and has since created her dream of an all-in-one locally-owned pet shop.

Since the beginning, she accepted her regular grooming clients but now looks to expand and catch the attention of more pet owners in Hutchinson and has already achieved her first monthly goal.

Buckner plans to expand her spa for cats too, hoping to hire and train a groomer at her salon to only groom cats in a separate room from dogs to reduce stress.

“I want to have a dedicated space for cats because I haven’t seen that in Hutchinson yet, and cats need regular grooming, too,” Buckner said. 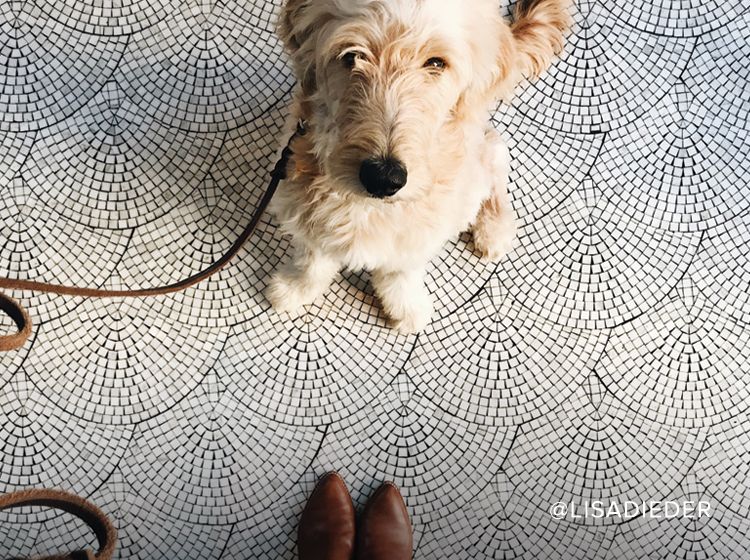