For four-legged friends and fur babies in Oregon, there’s a new place for their grooming and nutritional needs.

Tabby and Jack’s, a pet food store and groomer, is now open at 856 Janesville St. This is the sixth location for Oregon resident Michelle Lonergan, but the first on her home turf.

The shop, which opened March 29, joins locations in Fitchburg, Madison, Middleton, Stoughton and Sun Prairie. There will be grand opening sales during the whole month of May.

Lonergan has two words she associates with her growing chain of businesses – healthy and holistic – as an alternative to the typical pet store.

All foods sold at the store must contain no corn, wheat, soy or animal byproducts.

That means many brands less discerning pet parents have likely not seen before such as Primal, Orijen, Fromm, Northwest Naturals, NutriSource and Farmina.

“Small companies, no large conglomerates,” Lonergan told the Observer. “If they also have a human line of food, I don’t trust them.”

Even some of the better-known natural dog food brands such as Blue Buffalo are too big for her.

Fromm, which is the best-selling food brand at Tabby and Jack’s, is a company based in Wisconsin.

Other foods are sourced from around the world, such as the air-dried dog food from New Zealand-based company Ziwi.

Natural foods allow for pet owners to rotate between protein sources, which helps avoid their pet developing food allergies, but without upsetting their pets’ stomachs like switching between some foods can, Lonergan said.

Apart from rows of shelving stocked full of food, there are also fridges with fresh dog food as well as raw toppings to add to dry food such as goat’s milk and bone broth, which Lonergan compares to topping a bowl of cereal with fruit.

Bocce’s Bakery all-natural dog treats are a popular item, coming in unique flavors such as bedtime tea and turmeric latte.

To appease a dog’s desire to chew, there are wooden sticks by Canophera made from untreated woods such as from olive or coffee trees, intended to replace chew bones or sticks found in yards.

Grooming is offered daily at the store, but they’re already booked out by about two weeks, Lonergan said. The grooming services director, Kelsey Keyes, is also an Oregon resident.

Keyes is an internationally-certified master groomer and pet esthetician who also has been trained in animal CPR.

All groomers go through a mentoring program to learn the store’s “holistic” grooming methods, Lonergan said. Nearly 30 people have completed that training over the years.

“We like training our groomers because we can train them the right way,” Longergan said.

One of those holistic philosophies includes that the shorter the time a pet is in the salon, the better.

At some of the big box store pet shops, all the animals scheduled for grooming that day must arrive in the morning and are kept in cages all day until it’s their time.

At Tabby and Jack’s, typically the animal is ready for pick-up after an hour, and is not caged.

They are never dried in a cage dryer either, instead they are dried by hand.

The groomers use shampoos and conditions that aren’t harsh, Lonergan said.

The team can give a haircut to any breed of cat or dog – even those with double coats – and also offers baths, nail trims and anesthetic-free teeth scaling.

“That’s a holistic option rather than putting the dog under, especially for seniors, to protect sensitive organs,” Lonergan said.

Part of the grooming training program includes teaching a holistic mindset, she said.

“We teach them how to keep their energy neutral so they don’t get frustrated,” she said. “Animals react to our energy so we teach our groomers to keep a positive attitude. It’s not always the easiest, but it’s something they’re cognizant of.”

As there has been an increase in unsocialized animals because of the pandemic, it’s important for groomers to help build relationships with their clients, Keyes said.

In order to get the grooming services up-and-running right away, Lonergan didn’t hire new groomers but instead is rotating her experienced groomers through the Oregon location.

That has meant some of her existing clients who traveled to Stoughton and Fitchburg for services are now coming to the Oregon spot.

She believes some Oregon residents who used to go to her other stores only once a month are now shopping at Tabby and Jack’s more often because they have a store closer to home.

For Lonergan, pets are more than just family – she comes from a family who love pets. When Michelle was 11 years old, her mom started the no-kill shelter Noah’s Ark Animal Sanctuary in Rockford, Illinois.

She spent many Saturday mornings as a kid helping clean cages, feeding the animals and taking the dogs for walks and helped to groom the incoming dogs with haircuts, and baths.

After spending 15 years post-college working as a lending banker, Michelle decided she wanted to start her own business.

Her parents had started a wholesale pet food company during that time, from which she sources some of her foods.

“I am very passionate about pet nutrition,” Lonergan said. 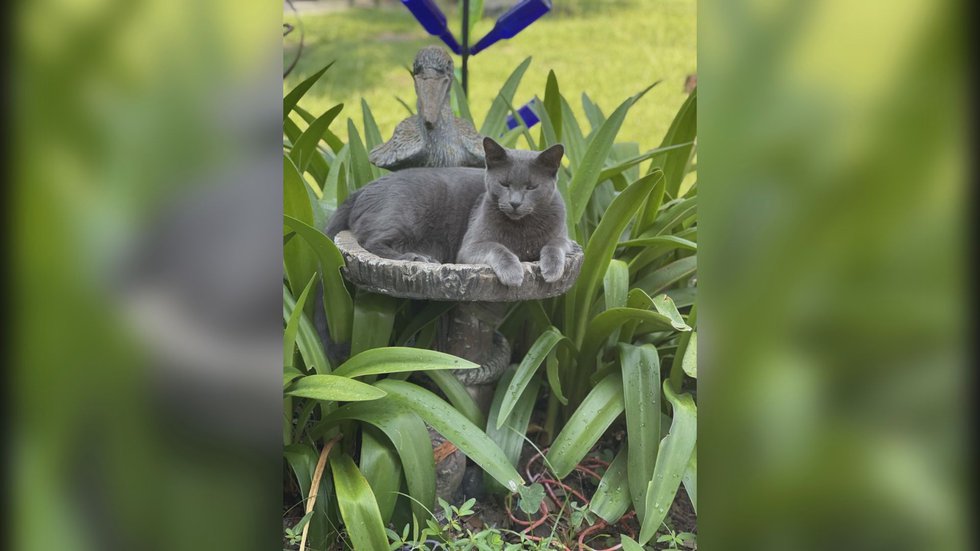