RAVE to the many residents of the south Bryant and north Laurelhurst neighborhoods who helped bring my missing kitten home after he escaped from my house and wandered outside for two years! He went missing from my home near Wedgwood Elementary School in July 2020. A picture of a missing cat posted on Nextdoor led to a multifamily hunt across several parts of our neighborhoods. We managed to capture him after about six days. The veterinarian says he’s healthy — only lost one pound — and scheduled for a fashionable “lion cut” to get rid of matted fur. He’s adjusting well back to life as an indoor cat with his sibling cats. I am so grateful to the residents of the Bryant and Laurelhurst neighborhoods who helped me bring him home.

RANT to businesses that torture callers with interminable and irrelevant voice messages while they are waiting in the hope of being connected to a human being.

RAVE to a helpful electrician. While commuting home along the Burke-Gilman Trail I got a flat. Many folks stopped to make sure I was OK, but no one was able to help me. Jason, an electrician, was able to patch my tube and get me going again. I told him my husband would be waiting for me in Lake Forest Park and he went on his way. I rode carefully on my way. About a block from the end of my ride I saw Jason by the side of the trail and asked what he was doing. He said, “I just wanted to make sure you made it here.” Good people are still out there. Thank you, Jason!

RANT to the customers at my local Ballard grocery store who put garbage into the plastic bag recycling bin at the entrance to the store. Either they don’t see the large label on the bin or don’t care … either way, it’s disappointing for me and others who make an effort to bring their plastic bags in for recycling since we cannot put them into our bins at home.

RAVE to the kind couple who came upon this 80-plus-year-old person at the entrance to Maple Leaf Reservoir Park on May 14. I had tripped and fallen, and hit my head, which was bleeding. They called 911 and organized my trip to UW Medical Center-Northwest — where after several hours, various tests and seven sutures — I was discharged. Can’t thank my rescuers enough, and alas, cannot remember their names. Rave also to all the staff at the emergency room for their care, sympathy and efficiency. They made a scary visit much easier to tolerate. Thanks and hurrah to all!

RANT to the landlord next door. His tenants and neighbors are subjected to a constant and annoying bird “sound system” utilized to scare away a woodpecker. Well, it has scared away ALL the birds and annoyed ALL the neighbors. Naturally, the landlord doesn’t reside in his building so he doesn’t get to listen to this day in and day out.

RANT AND RAVE Rave to the very professional team from Seattle Fire Department who responded to my bicycle crash in the Arboretum on Friday! Rant to the Seattle Department of Transportation for leaving the huge pothole that caused my front tire to go flat just as I was trying to turn! This is a route that sees a fair amount of bike traffic so I am probably not the first or the last cyclist to have a painful fall here!

RAVE to the kind person who left my car keys in a prominent place by the entrance after I carelessly dropped them somewhere at the Magnuson off-leash dog park. It was a rainy afternoon and I was wet and tired when I realized my keys were gone.

RANT to the Montlake Bridge closure. Closing the Montlake Bridge for repair work when the University District Street Fair was taking place was ridiculous and showed extremely poor planning on the part of the Department of Transportation. The result was total traffic chaos in the entire area.

RAVE to Ben, a cart jockey at the Costco on Fourth Avenue South! He walked a long way to my car to unload my heavy bags of cat litter. Then returned with a dolly to the store to load heavy bags of compost, waited while I paid, and walked them back to my car.


Submitted by Seattle Times readers
The Seattle Times publishes reader rants and raves on a space-available basis. We reserve the right to edit for length or content. Send yours to [email protected]

what you need to know

Mon May 30 , 2022
Are you prepared if a hurricane comes our way this year? If not, now is your chance to get caught up before the official start of hurricane season on June 1 and you can save some money shopping for the supplies you need. CHECK OUR LIST:Hurricane season: Here are the […] 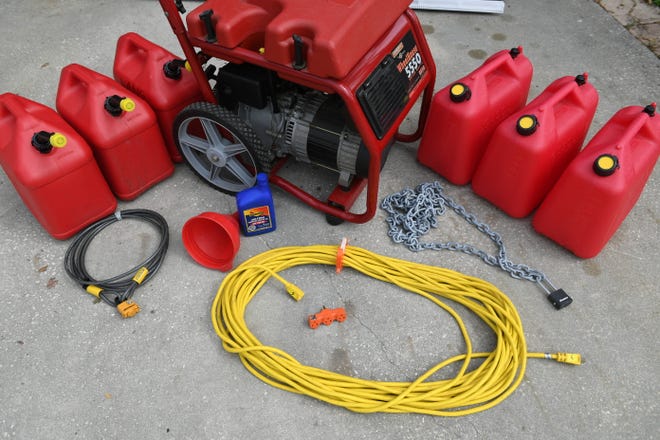