I’ve always had a soft spot for stray cats. When indie adventure game Stray was announced at Annapurna Interactive’s showcase last year, my interest was piqued. I was entirely sold on the concept of a cat navigating a cyberpunk dystopia then, and I’m happy to report that the game does not disappoint.

The third-person perspective game from BlueTwelve Studio casts you as a nameless adorable orange cat who lives with a group of other felines. Your group spends their days as cats do – sleeping, playing and exploring. Life in the sun-dappled paradise comes to an abrupt end for you when an accident separates you from your cat family.

You wake up in a decaying cybercity populated by robots. You’ll have to help your new friends fight back against the city’s parasitic infestation of Zurks, and find a way back to the Outside.

Stray was immediately immersive, presenting the Outside as a peaceful, green, atmospheric space akin to a Studio Ghibli movie setting. The Outside is strikingly different from the hauntingly beautiful city you wind up in. Ramshackle living spaces and buildings are crammed together, leaving narrow littered alleyways. The muted building walls get a cozy glow from string lights and neon signs, haloed by a haze hanging in the air.

The developers masterfully captured how cats move – wake up from a nap and have a big stretch, scratch up a rug, and yes, knock objects off ledges just because you can. Your personality as the player can shine through in these moments. Are you the stealthy cat who goes undetected or do you barrel straight into the fray? You get to decide.

Stray is a new take on the traditional adventure game hero. You’re small, vulnerable, voice-less (except for the occasional meow) and lack opposable thumbs. These limitations don’t stop you, but they do require some ingenuity. You’re also not entirely thrown to the metaphorical wolves. Not long after you wind up in the city, you team up with a little robot named B-12. The flying bot outfits you with a backpack for all your findings.

Even with your digital companion, each chapter’s challenges require thinking ahead. Be cunning, thoughtful and creative. The game rewards curiosity – sometimes resulting in lighthearted, humorous moments. The key to figuring out what to do next in the sprawling city, whether your mission is high stakes or you’re just seeking collectibles, is exploring and interacting with the environment.

Stray is a one-of-a-kind video game that is so much more than a source of cat puns. The settings are stunning and bustling with characters that are easy to love. The developers deliver heartfelt narrative moments with little to no dialogue.

When I started the game with my own two cats nearby, my heart was wrenched during the scene where the cat is separated from his family. The thought of anything bad happening to this defenseless creature had me petrified. It’s the mark of a good video game when the developers flip your expectations. It wasn’t long before I was no longer afraid for the cat’s safety. The cat was smart and resourceful. The cat was badass.

Becoming emotionally invested in a story and its characters is another sign of good design. While I loved the cat, I was equally intrigued by the robots he met along the way. They had personalities, fears, memories and families. It was beautiful to watch these tired, rundown bots meet the cat and feel a renewed sense of hope and courage.

In Stray, the world is your playground, and you have the feline agility to navigate it. Don’t underestimate what you can do – even as a little cat who’s far from home. And don’t forget to cause a little trouble.

How to keep your dog and other pets cool in the heat, and what not to do

Wed Jul 20 , 2022
Don’t walk your dog in the heat of midday. Dogs can struggle to keep cool in high temperatures and are vulnerable to overheating. This is because they can’t sweat and rely on panting to cool their body temperature. Flat-faced breeds such as English or French bulldogs and pugs are at […] 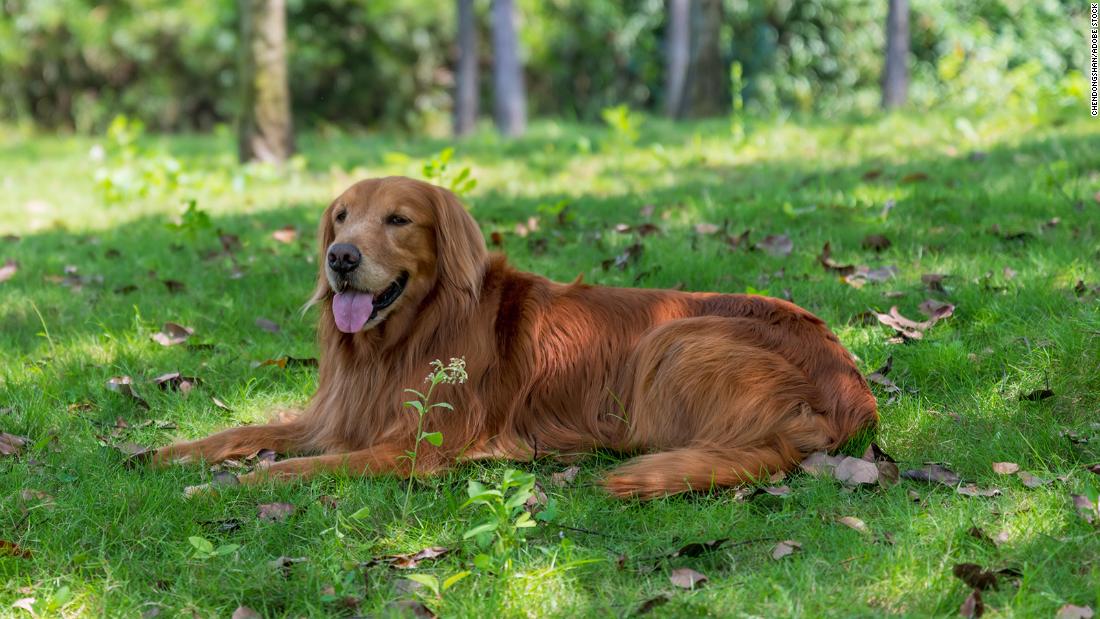