After decades of research into man’s best friend, scientists have concluded that the tail cannot, in fact, wag the dog.

An international team decided to investigate the purpose of the dog’s tail after studies showed that numerous animals from lizards to squirrels used their tails to pull off impressive manoeuvres, such as righting themselves mid-air when falling from trees.

While cats don’t need a tail to flip themselves over and land on their feet, they do use their tails for balance and as counterweights to perform extreme hunting moves in the wild, including rapid, tight turns to keep up with their prey.

With dogs more inclined to stay on the ground, scientists were unclear whether the animals’ tails helped with agile movements or primarily served as waggable communication devices, and/or to fend off unwanted visitors such as flies.

To learn more, Dr Ardian Jusufi – who studies animal locomotion at the Max Planck Institute for Intelligent Systems in Stuttgart – and his colleagues built a mathematical model that allowed them to check what happens when dogs twist and turn their torsos, and move their legs and tails, when they bound into the air.

Their conclusions appear in a preprint titled: “Tail wags the dog is unsupported by biomechanical modelling of Canidae tails use during terrestrial motion.” In the paper, which has not been peer-reviewed, the researchers describe how the modelling showed tail movements made almost no difference to a dog’s trajectory when it leapt into the air.

The finding suggests that tails are not as critical for agile movements in dogs as they are for other animals. Moving the tail mid-jump, the researchers found, changed the dog’s trajectory by a mere fraction of a degree.

Across the dog family, “It appears the inertial impacts that tail movement has on complex manoeuvres such as jumping, have little to no effect,” the authors write. “The utilising of the tail during jumping … achieves very low amounts of centre of mass movement across all species with the largest being under a single degree.”

“We believe that this implies that dogs utilise their tails for other means, such as communication and pest control, but not for agility in manoeuvres,” they add.

According to previous research, dogs use their tails to communicate everything from dominance and friendliness to fear and appeasement. A tail held high signifies confidence or a dog’s willingness to play, while a stiff tail can express a threat or anxiety. When the tail is down low or tucked between the legs, the animal might be afraid, but loose wagging from side to side communicates friendliness.

Tue Jan 3 , 2023
Best dog collar Here is a list of the Best Dog Collar Charms available in India. This is the right place to start your search for Dog Collar Charms that looks premium and affordable. Additionally, we include necessary details such as quality, use case, looks, ease of use, cost, and […] 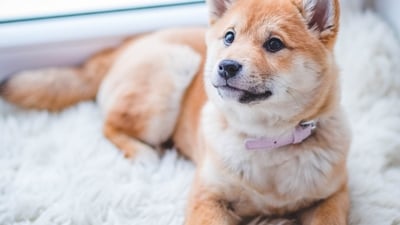