If you’re someone who has their social media feed flooded with animal photos and videos, this picture posted on Reddit will make you extremely happy. While at first glance it may seem like just another gorgeous picture of a cat sitting proudly on a couch, a closer look at it will reveal a huge and happy surprise. But how quickly can you spot it.

Posted some seven hours ago, the picture is shared on Reddit’s ‘aww’ subreddit, which is home to “things that make you go AWW!” So from puppies to bunnies to babies, as is shared as part of the description for this subreddit, it is “a place for really cute pictures and videos!” And this picture is a perfect inclusion here.

“Zoom in for a surprise,” reads the simple caption for this picture that shows a cat sitting on a couch. However, upon following the instructions in the caption, you get the lovely surprise just as its promised.

Take a look at the picture and see the surprise unfold:

Did you see notice it? Well, in case you haven’t, we’ll give you a hint. There’s another cat in the picture – a tiny kitten that’s hiding in plain sight.

Well, the picture sure as won the hearts of people on Reddit collecting over 14,500 upvotes till now along with several sweet comments.

“I was like ‘I don’t see anything’. Then tiny floof appears,” reacted an individual. “Legit exact same run of events leading to my discovery of couch floof,” replied another. “Aww… now that’s the kind of surprise I like!” shared a third. “Audibly said ‘Oh! Hello!’ when I saw it. Very cute,” wrote a fourth.

What do you think about this picture of cats? Did it leave you surprised as well?

Thu May 26 , 2022
Lauren Cowan arrived in Middle Tennessee nearly a decade ago. A career in banking was her motivation.  Now, she makes food for a living. “I named a pasta company after my wiener dog, Louie, and it has become my entire life,” Cowan said. “I never imagined it would do this […] 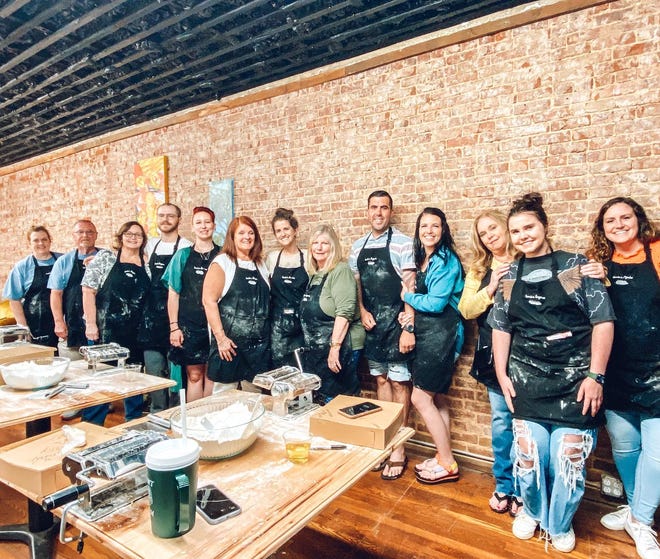