For many people, life is better with a dog in it. And the numbers support it: According to a 2021-22 National Pet Owners Survey conducted by the American Pet Products Association, 70 percent of U.S. households, estimated at 90 million families, own a pet.

As to be expected when dealing with family members covered in fur, grooming is a key element.

“My books are literally done for the year. They’re done in January.

“I have one customer, a teacher who has a doodle named Bentley. She said it’s harder to get into here than her doctor’s office.”

Speaking of doodles — a cross between a poodle and either a Labrador retriever (labradoodle) or a golden retriever (goldendoodle) — those are about the hottest breed in Bakersfield, at least if the turnout at the salon is any indication.

“I call us the doodle salon,” Caetano said. “I made a TikTok about it when everyone had a doodle on their table. The breed takes a lot of grooming.”

Caetano said some clients come in monthly, depending on the breed, with the most frequent visitor an English sheepdog who is groomed every two weeks.

Gabby Vasquez said she brings her 8-year-old poodle, Gemma, to the salon about every five weeks, except during the holiday season, when she books every four weeks.

“I’ve brought her in since she was a puppy,” Vasquez said. “I love going to them. Alicia (Cole, the salon’s co-owner) goes all out. She does her nails, matches her (hair) bows.”

That can include red, white and blue for the Fourth of July, orange at Halloween and pink, Vasquez’s favorite, at other times.

The pink treatment has even extended to the fur grooming when Gemma got a pink heart, made with temporary dye, on her hindquarters for Valentine’s Day.

And Vasquez said Gemma’s demeanor changes when she’s complimented after her salon visits.

Caetano said those post-salon good feelings aren’t just for regular clients. Dog Gone Crazy is one of the local salons that donates grooming sessions for adoptable dogs from the area shelters.

Dogs get the star treatment with some TLC so they can look their best when promoted on local TV stations and social media.

“They’re clean, they smell good,” Caetano said. “The (hair) mats are gone. With a cute little scarf on, they get attention. It helps in every way.

“It makes the heart happy.”

The groomer, who has been in the industry for 19 years, said there’s nothing she’d rather do.

“I love animals, I love dogs. Love taking care of them, making them pretty.”

And although she enjoys interacting with customers, she also believes in the saying she has on the salon wall: “The more I get to know some people, the more I like dogs.”

Sat May 28 , 2022
Not for profit animal shelter organization, SPCA Selangor, will support the development of the pet food product ahead of its commercial launch. We ran a Q&A with Nick Piggott, co-CEO of Singapore headquartered insect ingredient producer, Nutrition Technologies, with operating facilities in Malaysia and Vietnam, to find out more. FeedNavigator:​ […] 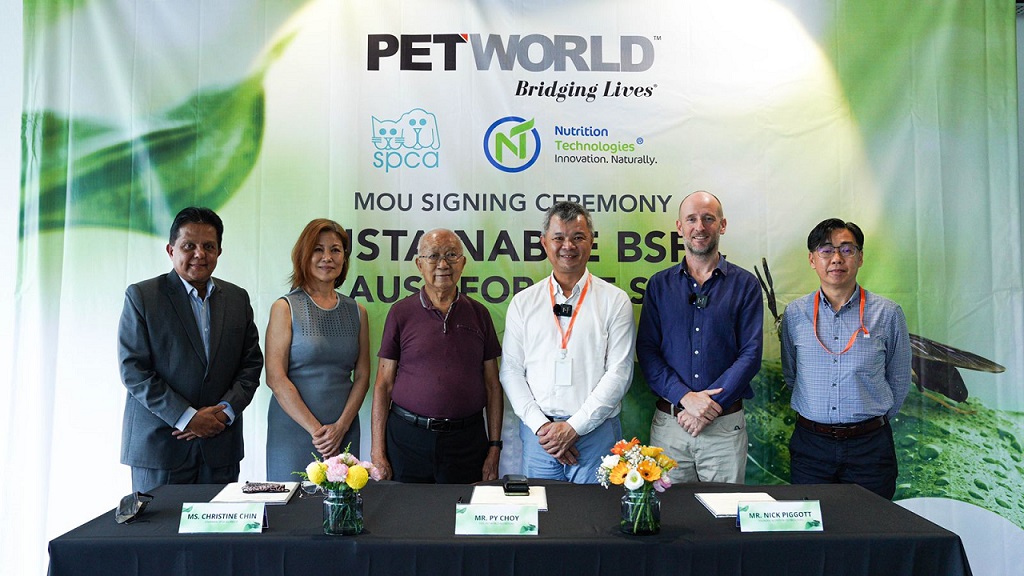