A 4-year-old girl died at the hospital over the weekend after she was attacked by at least one dog inside of a house in in southeast Oak Cliff.

The mother of the victim on Monday said that she is devastated by the attack, and thinks that it could have been prevented.

Police and the department of family and protective services are still investigating the incident.

Here is what we know, what we’ve heard and what we don’t know.

The attack occurred Saturday morning on the 5600 block of Bluffman Drive, near Bonnie View Road. Police were called shortly before 8 a.m. to respond to the attack.

The Dallas County medical examiner’s office has identified the 4-year-old victim as Lea Freeman. Tiara Freeman, 23, the mother of the child, told The Dallas Morning News that her one-year-old daughter was also inside the house during the attack, but was not injured.

Her third child, who is nine months old, had also been living with Freeman at the house in the months leading up to the attack, but she was with her father that day at another residence.

Tiffani Butler, a spokeswoman for the Texas Department of Family and Protective Services on Monday said Freeman’s one-year-old daughter is staying with a different family member. Butler has said the family had been “involved” with child protective services in the past.

Dallas police has said that “a dog” was involved in the attack and that it was in custody of Dallas Animal Services. Michael Dennis, a Dallas police spokesman, on Sunday said multiple dogs had been picked up from the property where Lea Freeman was attacked.

No arrests have been made in connection with the attack, Dennis said in an email Monday.

Marlo Clingman, a Dallas Animal Services spokeswoman, on Monday said three dogs from the property were in custody.

The victim’s family set up a GoFundMe page to raise funds for the girl’s funeral. As of Tuesday afternoon, the online campaign had raised more than $3,000.

Tiara Freeman and a neighbor who called 911 to report the attack said they believe all three dogs were involved in the attack. They said all three dogs are pit bulls that got loose in the neighborhood and showed aggressive behavior toward people on multiple occasions.

The sister of the 911-caller, Lorie Pennington, said she contacted the city’s animal services multiple times to raise concerns about the dogs getting loose. On one occasion, she said one of the dogs tried to attack her 15-year-old niece.

The victim’s grandmother told WFAA-TV (Channel 8) that they had contacted child protective services with concerns about the living conditions of Freeman’s children. Other family members told the news station that the victim’s mother struggles with mental health, and had wanted her children to live with her grandparents.

What we don’t know

Dallas police have not said how many dogs they believe were involved in the fatal attack. Dallas Animal Services has declined to answer questions related to how many calls they received from the neighborhood related to dogs getting loose in the neighborhood.

The city’s animal services has not said what breed the dogs are.

The Texas Department of Family and Protective Services has not said what led to their involvement with Freeman and her children before the dog attack.

‘I’m devastated’: Mother of 4-year-old girl who died after dog attack speaks out

Tue Jul 12 , 2022
Doja Cat is facing criticism for a now-deleted TikTok video she posted, in which she mimicked a viral line from Amber Heard’s testimony during her trial against Johnny Depp. During the defamation trial against her, Heard recalled a day where she testified that Depp performed a cavity search on her, […] 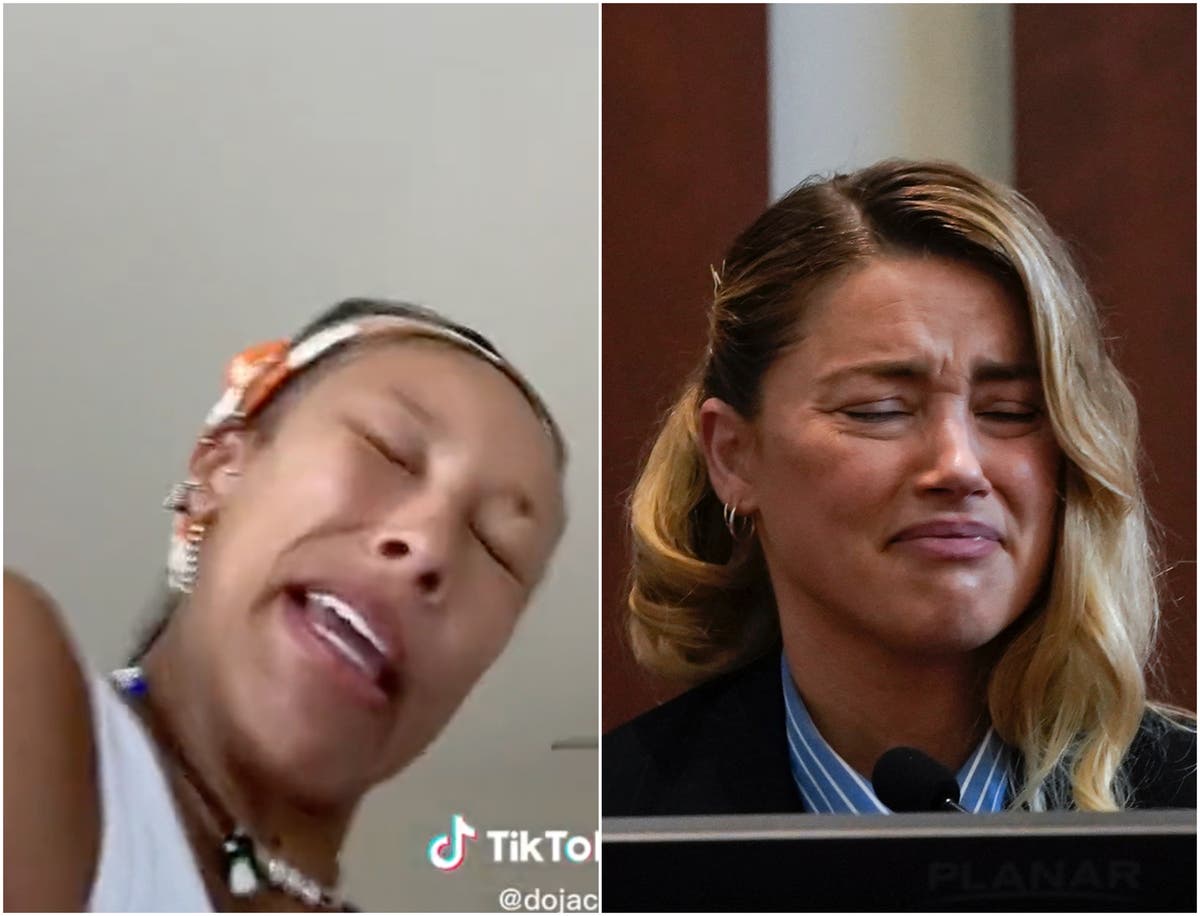