America’s pandemic pet boom produced a tsunami of spending on spaniels, skinks and scorpions. And unlike other fads that emerged during covid lockdowns, shelling out for your sheep shows no sign of fading.

In fact, the pandemic simply put an exclamation point on a three-decade run of growth during which our beagle and budgie budgets nearly doubled, relative to other spending. According to the Bureau of Labor Statistics, average annual household spending on pets rose from $460 in 2013 to $770 in 2021 — a figure that would be substantially higher if it excluded households with no pets at all.

So what’s driving this boom? Are more Americans becoming pet owners, or are we lavishing more attention on each Maine coon, Maltipoo, monkey and macaw?

We here at the Department of Data are dedicated to exploring the weird
and wondrous power of the data that defines our world.

Data on long-run pet ownership is rare. Fortunately, pets appear in the diaries the Bureau of Labor Statistics asks thousands of Americans to submit each year, explaining exactly how they spent every minute of the past day.

The American Time Use Survey, as it’s known, shows that 20 percent of Americans reported spending time with pets in 2021, the highest figure in at least two decades. It’s a lower estimate of pet ownership than other sources, since not every family member spends significant time with the household hermit crab each day, but it tracks the direction and speed of overall trends. (The amount of time owners spent with pets also hit a record at about 46 minutes.)

All those pet owners sent pet-store spending into the stratosphere. But data from the Bureau of Economic Analysis suggests that most of the increase did not come from classic pet-store purchases like fish-tank filters and tins of Fancy Feast. Spending in those categories has stayed steady over the past decade, as have prices, likely thanks to cheap imported pet supplies.

Pet services, however, have seen both prices and spending rise steadily over the past decade — a possible side effect of veterinary clinics being snapped up by private equity firms, which view them as recession-proof profit centers.

“Fido is going to continue to get what Fido needs,” David Golub, head of Golub Capital, which participates in private-equity takeovers of veterinary practices and other businesses, said in an earnings call this year. “That’s been the history of the vet space through prior downturns.”

So which Americans are most likely to spend time and money on pets? The initial answers surprised us.

Black Americans, for example, tend to rank dead last in spending. An average Black family spends just 0.3 percent of their income on their pets, according to the Bureau of Labor Statistics. And while White spending on pets has soared, Black pet spending has actually fallen.

But it’s not that Black people devote less time and attention to their furred or feathered friends — it’s that they’re less likely to own pets in the first place. Looking only at pet owners, we see few differences in how much time different groups spend with their pets. Retired or working, single or married, Black or White, we spend roughly three-quarters of an hour with our Chihuahuas or chinchillas each day.

While almost every age group has seen substantial gains in pet ownership over the past two decades, time-use data show millennials really stand out. Folks of retirement age had a pet boom in the wake of the Great Recession, but pet ownership among people at peak earning age (think 40s and early 50s) hasn’t changed much. Younger folks, however — especially since the pandemic — have gone whole-hog for hogs.

When we slice this data along all our favorite demographic lines, we see that the increase has been sudden and sharp among young married couples, a trend that holds true for White, Black and Hispanic Americans alike. So where are these young couples getting all that extra pet time?

By charting couples who reported spending time with their own children, we get a measure of “child ownership,” if you will, that corresponds with our measure of pet ownership. And that analysis shows that while Americans aged 20 to 25 have become about nine percentage points more likely to spend time with pets, they are about nine percentage points less likely to spend time with children.

As you might guess, subsequent analysis shows the steepest declines in spending time with children are happening among young married couples. This pairs well with data showing that childless married couples are the fastest-growing group of pet owners, and among the biggest spenders on pets, relative to their income.

“We see strong evidence that these younger consumers are adopting pet parenting … at a rate above their boomer and Gen X parents and they’re spending more on those activities,” Tim Cofer, CEO of Central Garden & Pet, which owns dozens of brands, including Kaytee and Nylabone, said in a recent earnings call.

In fact, when we started digging through corporate reports from Cofer and his competitors, we were buried under an avalanche of observations about “pet parents” and how they have created a new, more profitable era in the pet-supply business.

Pet parents are particularly lucrative clients of the veterinary-industrial complex, which sees the potential to wring steady, soaring profits from young folks who will spend anything to keep their pet families healthy.

“Younger generations, including millennials and Gen Z, are willing to spend on the health and happiness of a family member,” said Jay Mazelsky, president and CEO of Idexx, a Maine firm that supplies diagnostic tools and software to veterinarians worldwide. “These generations consider pets — dogs and cats — to be members of their family. Consequently, they are willing to invest in their well-being, and they look to their veterinarian as trusted partners and advisers.”

Not everyone is thrilled with the pet-parent trend. Consider, for example, the pontifex maximus of the Roman Catholic Church. Last year, Pope Francis called it “selfish” to “have dogs and cats that take the place of children,” saying it contributes to declining birthrates and “takes some of our humanity away.”

Hello! The Department of Data would be nothing without your data-driven questions! We want to know what you’re curious about. What cities have the worst sprawl? Which countries export the most human hair? How many jobs did the Paycheck Protection Program really save? Just ask!

To get every question, answer and factoid in your inbox as soon as we publish, sign up here. If your question inspires a column, we’ll send an official Department of Data button and ID card. This week, the button goes to our unstoppably smart colleague Alyssa Fowers, a recent guest columnist who both inspired and helped guide the current column. Like other Department of Data staff, Alyssa may or may not be a married, childless pet owner under the age of 40.

Fri Dec 30 , 2022
AMARILLO, Texas (KFDA) – Gracie’s Job animal rescue non-financial gain is wrapping up a challenge of their possess as we head into the new calendar year. Cheryl Goswick tells us over the last 6 months the organization was capable to host shot clinics and construct up funds to assistance the […] 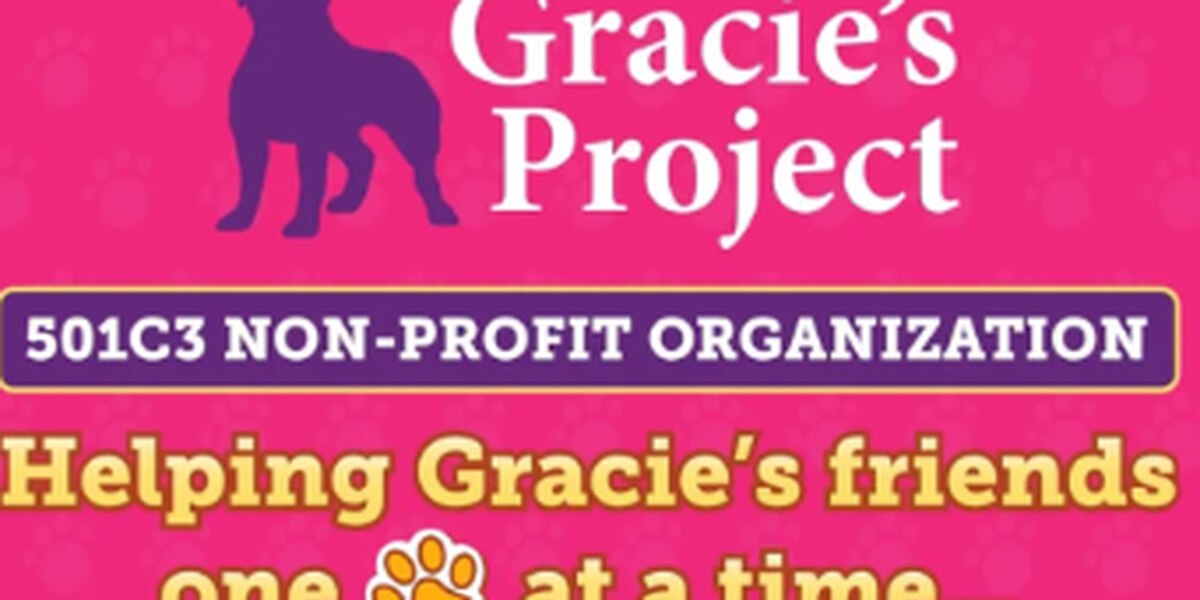